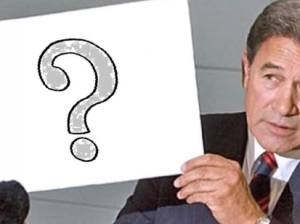 In Section 74 of the Te Atiawa Claims Settlement Bill the purpose is to provide an effective mechanism for the iwi of Taranaki to contribute to the decision-making process of the Council.

In April 2014 Taranaki Regional Council chief executive Basil Chamberlain said iwi, like Federated Farmers and district council representatives would be an important presence in committees to help the council reach well-rounded decisions. “I don’t think everybody quite appreciates the important role iwi will play in economic decision-making in this region” he said.

The involvement of Federated Farmers as a member of Taranaki Regional Councils Policy and Planning Committee can be traced to 2009 RMA amendments highlighted by a requirement under the Significant Natural Area (SNA) assessments to fulfil section 6(c) of the Resource Management Act.

Council staff would draw lines on maps across farmland, based on the expert technical information they already had and without consulting any affected landowner. This adversarial nature of the process under the First Schedule of the RMA, and the subsequent Environment Court hearings are now seen as an inappropriate way to develop New Zealand’s planning and therefore a new way of developing such policies was required.

This has led to the emergence of Collaborative Governance Initiatives in local and central government to produce better planning resulting in good environmental outcomes.

It is this focus on collaboration that has been recognised as an important tool by Federated Farmers for ensuring community involvement in decision making leading to successful outcomes, particularly in rural New Zealand. It is this focus that supports iwi membership of these Taranaki Regional Council committees.

I have not heard any complaints about Federated Farmers membership of these committees. But last week New Zealand First chose to Party Vote against the proposed Taranaki iwi membership of these committees by highlighting the May 2015 vote in New Plymouth that rejected the Council decision to have a Maori ward as justification for their opposition.

On Friday 23 September we could have had the Third readings and finalised Treaty Settlement Bills for Ngaruahine, Te Atiawa, Taranaki, Rangitane o Manawatu and Ngatikahu Ki Whangaroa.

The undermining of the Treaty Settlement processes in this manner is despicable. Our iwi do not deserve to be treated with such disrespect and particularly at that stage of the process.