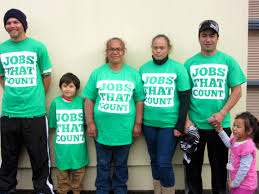 The most anti-worker company in NZ, Talley’s, has managed to show their contempt for their own workforce once again in a manner which belittles…

Crew members from a Nelson-based Talley’s ship say they feel violated after their hair was shaved to comply with company drug-testing.

More than 12 workers allegedly had their hair chopped and sent away for testing on Thursday after P was reportedly found onboard during a recent voyage, Newshub reported.

An unnamed employee who had his hair shaved has called for Talley’s to issue an apology.

“I just want my hair sample to be destroyed and a, ‘Sorry, we messed up, we didn’t actually know it wasn’t in your contracts’.

“Quite simply, I don’t want my hair test being sent to a foreign country and tested … and the fact that we were forced to undergo a hair sample test is a bit over the top,” he told Newshub.

The man said the hair samples taken from the crew were large.
“They had to take – from memory – it was one-and-a-half inches long and it had to be the same thickness as an average straw.”

Another worker said it was “implied we’d lose our jobs” if workers refused to be tested.

…Talley’s claims this over the top reaction was because they are so focused on safety which is hilarious when you consider they had no problem sending workers into fishing ships to get poisoned or their lax attitude towards decapitation.

The less said about Talley’s using hunger as a negotiating tactic against 5000 kids in 2012 the better. and getting knighted for abuses against workers is simply too much.

This is why educated people detest Food bag using Talley’s products and why people like Rodney Hide  do not.