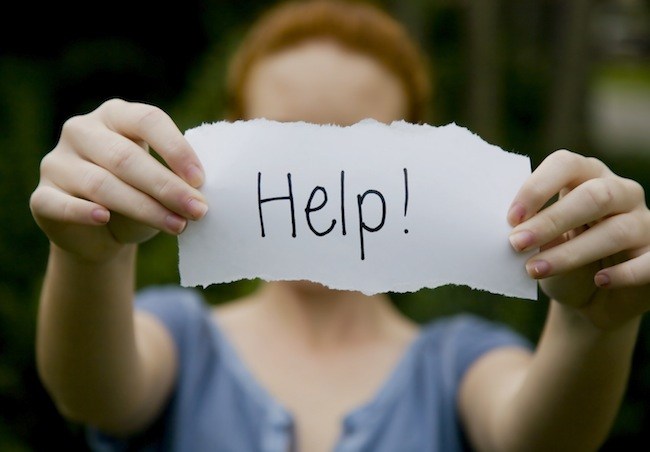 Suicide has figured prominently on TDB recently mainly as a result of the death of Nicky Stevens and the campaign begun by his family to challenge the role of the WDHB in their son’s death. The role of health professionals at the cutting edge of mental health is part of a much wider and entrenched official approach to suicide which needs to be challenged and changed since it contributes to a still growing suicide rate. January next year will mark 10 years since the suicide of our son Bruno, who was never hospitalised for his depression, but which left us with may questions about why young people are patronised by the state rather than empowered to fight suicide among their peers. What follows is part of a long article “Talking about Suicide” which I researched and wrote in the two years following his death. The article draws on Marxist analysis to conclude that the main cause of youth suicide is alienation from capitalist society.

This section below addressed the official patronising of youth. It is about how “Yellow Ribbon” a privately sponsored initative to activate youth in the schools to work to prevent suicide. It argues that Yellow Ribbon was successful despite teething problems but was closed down after a campaign by the Health bureaucracy because it threatened to expose the failure of their own suicide prevention programs.

Yellow Ribbon was a self-help suicide prevention group founded by parents and friends of youth suicides who formed the Youth Suicide Awareness Trust in NZ 1997. Its basic approach was to enlist and train young people as ambassadors in schools to promote the Yellow Ribbon message that “It’s OK to ask for help”. Its members handed out yellow cards with the words “Its OK to ask for help” and referred young people who asked for help to health workers and counselors. Each school had a procedure for referral and for keeping their ambassadors safe from risk. Yellow Ribbon was initially modeled on the organization of the same name which was founded in the US in and which has since spread to many US states and to Australia, Canada, Scotland and Africa. By 2002 Yellow Ribbon NZ had over 1400 ambassadors in more than 140 schools.

Yellow Ribbon’s existence, however, was strongly contested. In NZ, Yellow Ribbon was consistently opposed by a number of academics and researchers in the field mainly associated with the New Zealand Youth Suicide Prevention Strategy, formed in 1998 after Yellow Ribbon, who argued that it could not prove that it did not ‘harm’ young people. Endorsements on the US Yellow Ribbon websites from suicidal young people who said they owed their lives to Yellow Ribbon and the many personal testimonies made to those involved in Yellow Ribbon in NZ did not fit with the orthodox “evidence based” approach to suicide prevention. Yet the case of a young Yellow Ribbon ambassador who committed suicide was cited informally as evidence of “harm”. The Minister in charge of NZYSPS, Jim Anderton, stated categorically:

“The literature is very clear – if you raise the profile of youth suicide, you get a higher rate of suicide”

As a result Yellow Ribbon had to look elsewhere for funding. When it went to ‘Fight or Life”, a charity boxing contest which featured “celebrity” matches, for funds it was heavily criticized for promoting a violent sport that could lead to bullying a recognized cause of suicide. Yet many of the ‘celebrities’ such as former league personality Tawera Nikau have a strong record in youth work. Another was the current Deputy Prime Minister, Bill English, who has yet to be shown up as a playground bully.

The question as to why Yellow Ribbon was closed down has yet to be answered. Those who were involved argue that it was deliberately shut down. They point to the claim made by the leading NZ suicide researcher Anne Beautrais who stated correctly that there was no evidence to prove “beyond doubt” that Yellow Ribbon did not cause harm.

In the face of this official criticism, Yellow Ribbon was more than ready to evaluate its approach to suicide prevention and correct any shortcomings. It commissioned Professor Ian Evans and Dr Narelle Dawson to design and implement a research project precisely for that purpose. This was the most advanced and robust study of Yellow Ribbon devised that I have seen anywhere. It was specifically designed to meet the requirement that: “the programme must demonstrate that it is “safe, effective, and evidence based, in a rigorous and scientific way.”

“Government is very aware of the evaluation design prepared by Prof Evans and Narelle Dawson in August 2002, the implementation of which we have been asked to delay, despite our seeking specific ring-fenced funding for evaluation studies. In order to ensure our evaluation plan would meet Ministry requirements, we initiated several meetings in which Yellow Ribbon requested from the Ministry representatives more detailed specification as to what in their view would be minimally required for a sound evaluation. To date they have been unable to provide any such guidelines. That safety issues have not been dismissed and are taken very seriously by Yellow Ribbon.”

However this was followed by a more serious criticism in a draft report of the IPRC at Auckland University:

“… the lack of evaluation evidence makes it extremely difficult to substantiate the impact of the program, and the level to which programme aims have been achieved. Consequently, respondents strongly questioned the probable contribution of the Yellow Ribbon program to young people’s help seeking behaviours and in particular to preventing suicidal behaviours among young people. Yellow Ribbon has no right whatsoever to claim that they make any positive contribution to suicide prevention.”

In fact, as the reference to the survey of ambassadors points out, despite claims to the contrary, Yellow Ribbon was responsibly cooperating in an evaluation by the Injury Prevention Research Centre at Auckland University to establish an ‘evidence base’. This survey found a large majority of the ambassadors strongly approving of, and supporting, the work of Yellow Ribbon. A small number expressed doubts about its value, but these were of not sufficient ‘concern’ to warrant being followed up by the research project. A larger minority thought there should be more professional backup and support. However, as the researchers point out, most of those who responded (in fact a very low response rate of 37%) had been ambassadors for less than one year. This reflects the fact that Yellow Ribbon was by 2002 barely 3 years into its operation and was feeling its way and very willing to learn from the “evidence”. Moreover, the concerns of the researchers expressed in this report (lack of training, reported failure to refer young people at risk to adults or professionals etc) were clearly echoing the concerns of those ambassadors who wanted better training and more professional backup. Overall, the project endorsed Yellow Ribbon as a sound approach to youth suicide prevention.

However, the “concerns” that surfaced in the survey of Ambassadors were then used in the Ministry funded research on peer based programs as “evidence” that Yellow Ribbon’s program was “potentially harmful”. The results of this research were leaked to the Sunday Star Times which sensationalized YR as “dangerous”. Yellow Ribbon had its own evaluation of the research done by Professor Ian Evans and Dr Narelle Dawson, who found it to be “unscientific” and “unprofessional”.

The Evans/Dawson critique makes it clear that Yellow Ribbon is under attack by Government agencies. I would add that it was “unscientific” to misuse the survey of ambassadors based on a small sample in which an overwhelming endorsement of Yellow Ribbon by its ambassadors as cause for “potential harm” where suicides may results from promoting “awareness”, and Ambassadors put at risk in taking too much responsibility for counseling suicidal peers. It is clearly “unprofessional” in its cynical misrepresentation of Yellow Ribbon as lacking a theoretical base, and not interested in evaluating its methods, when it had initiated, designed and planned a world beating outstanding evaluation project and willingly collaborated with the University of Auckland Injury Prevention Research Centre to do the survey of its ambassadors.

While the survey of ambassadors was a world first in actually asking ambassadors (and not gatekeepers) to at least talk about their role, the obvious next step was not taken. Young people at risk were not asked if Yellow Ribbon had reduced their suicide attempts. Nor were those who did commit suicide tracked to see if their suicide was in any way caused by the “awareness” generated by the Yellow Ribbon program. Such critical questions were addressed by the Evans and Dawson evaluation plan. Moreover, the anecdotal evidence of testimonies of both ambassadors and young people helped by Yellow Ribbon and conveyed to the organizers was ignored as invalid and unreliable.

Yet, during the years of its existence from 1996 to 2005, suicide rates for the younger age groups (15-24) showed a decline of around a third. This was no doubt due to a combination of factors the most important of which is social inequality. But on the face of it, the “evidence” speaks for the efficacy of Yellow Ribbon rather than against it. So why did the IPRC researchers base their evaluation of Yellow Ribbon on the opinion of professionals (teachers and health workers) and not ask the young people who “talked” to the ambassadors, whether they thought suicide “awareness” prevented suicides or not? If Yellow Ribbon was at risk of doing “harm” why not ask the very people thought to be at risk? Why not fund the very good research project initiated by Yellow Ribbon that would have answered all these questions?