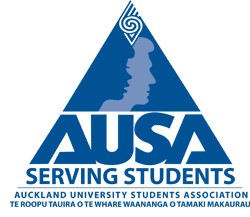 Auckland University Students’ Association (AUSA) is providing a platform for some of the less well known candidates for the Auckland Mayoralty to get their ideas heard.

AUSA, reacting to the recent exclusion of 14 candidates from major mayoral debates, will be hosting an ‘Anti-Debate’, in which these 14 candidates will have the chance to debate their ideas in front of an audience of students and other interested Aucklanders.

The debate will be held on Monday 26th September at 7pm in Shadows, AUSA’s student owned bar. Well known commentator and “The Daily Blog” blogger Martyn Bradbury will MC the event.

“The idea of the Anti-Debate is to allow all candidates to have a voice,” says AUSA President Will Matthews.

“The nature of elections means that not all candidates get to enjoy high poll ratings, but that doesn’t mean that they don’t have important and salient messages.”

“We want to run the debate that no one else will,” says AUSA’s Political Engagement Officer Sarah Butterfield, who is co-organising the debate with Matthews.

“We want the voices of all candidates to be heard and we encourage all candidates who have policies for students and for Aucklanders to come to the debate and tell us about their platform.”

AUSA is inviting all mayoral candidates who have so far been deprived of a platform to come to the Anti-Debate, where they will be given the opportunity to speak and interact with voters. Candidates who are interested in attending can contact Sarah Butterfield at peo@ausa.org.nz
Media is also welcome at this event, to ensure that the messages of the candidates can reach beyond the Anti-Debate.

“The exciting thing about the Anti-Debate is that there are very few restrictions on the candidates who are invited which will allow a genuine exchange of ideas,” says Matthews.