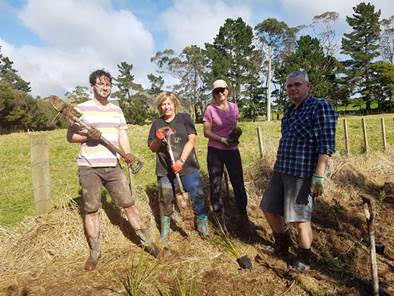 IS IT TOO SOON to pronounce judgement upon ESRA? Economic & Social Research Aotearoa has only just been launched. So, surely, we should give it a little time to show us what it can do? Except that we already know what ESRA will do, because we already know what ESRA is. ESRA is a Far-Left “think tank” whose contribution to the formulation and implementation of broadly acceptable progressive policies will range from negligible to nil.

Unfair? I don’t think so.

If I were to show you the first fragile leaves of a lemon sapling, and ask whether or not you wanted a lemon tree in your garden, I very much doubt that you would say: “Oh, let’s not be hasty. That might not be a lemon tree after all. Or, if it is a lemon tree, it might prove to be one of a very special kind – one that does not bear sour fruit.” More likely your answer would depend on how you feel about lemons.

The genetic make-up of ESRA reflects the personal histories of its creators. Its core inheritance comes from the Maoist Left of the 1970s. There are also genes from the unemployed workers and Maori nationalist movements of the 1980s. Still more hail from the pacifist, radical feminist and Green philosophies. Finally, there is a generous contribution from the academic Marxist gene-banks located in the political science and sociology departments of the nation’s universities.

Perhaps the founders of ESRA are hoping to harvest some hybrid vigour from these waning ideological strains. Certainly their individual evolutions offer scant cause for optimism. The latest historical research paints Mao Zedong as a monstrous figure whose “Great Leap Forward” and “Cultural Revolution” cost the lives of millions of Chinese workers and peasants. The unemployed workers’ movement collapsed in ideological and personal rancour even as Rogernomics and Ruthanasia were tearing the New Zealand working-class to pieces. The so-called “new social movements” (pacifism, anti-racism, feminism, environmentalism) proved easy meat for the assimilative/transformative powers of neoliberalism. Second Wave feminism was reduced to tallying-up the number of female company directors. Maori Nationalism turned into the Iwi Leaders Group. Green became the new Pink. And academic Marxism remained practically impenetrable to anyone not writing a doctoral thesis.

It’s not a whakapapa that inspires much confidence. Simply keeping so many unruly horses pulling in the same direction will require the wisdom of a sage and the patience of a saint. There are many on the Left, however, who’ll happily attest to ESRA’s founding mother, Sue Bradford, being over-endowed with both those qualities. All I’m prepared to say is: she’ll need them!

Sue has called ESRA a “left-wing think-tank”. Indeed, she wrote her doctoral thesis on the desirability and practicality of establishing just such a beast. Unfortunately for the NZ Left, (which desperately needs a think-tank of its own to match the Right’s Maxim Institute and NZ Initiative) ESRA is nothing of the sort.

What stands out the most about the historical phenomenon of the think-tank is its unswervingly practical focus. At the end of World War II the Right stood discredited: its political leadership by their affinities with the defeated fascists and Nazis; its economic theories by the multiple lessons and legacies of the Great Depression. Social-democracy, on the other hand, armed with the economic and social insights of Keynesianism, was in the ideological ascendant. By the early-1970s, it was poised to put an end to capitalism as generally understood. Something had to be done.

The principal weapon of the Right’s ideological fightback was the think-tank. Not only did it relentlessly critique the social-democratic assumptions of the era, but it produced a never-ending stream of practical suggestions for action. The process was as simple as it was effective: commission a report on an institution, or a practice, you wish to change. Release the report to the media and make its author available for interviews and public meetings. Arrange private meetings with sympathetic politicians and/or journalists where practical advice can be given and received. Repeat as required until a parliamentary majority is assembled in favour of your “reform”.

After more than 40 years, the Right’s refinement of the think-tank “weapon” has developed to the point where a body called the American Legislative Exchange Council is able to supply right-wing state legislators with pre-drafted “model” legislation. Committed to advancing the “fundamental principles of free-market enterprise, limited government, and federalism at the state level through a nonpartisan public-private partnership of America’s state legislators, members of the private sector and the general public” ALEC makes the work of the Right’s parliamentary foot-soldiers almost too easy.

If this was the sort of tree Sue and her comrades were planting this weekend, I’d be cheering them on. Sadly, they are committed to an organisational model that seeks to bring about radical economic and social change without enlisting ESRA as a skilled participant in the day-to-day, down-and-dirty, cut-and-thrust business of political influence-peddling. But that is what a think-tank is. It’s what it does. Aspiring to be a think-tank that doesn’t get its hands dirty, is like aspiring to be a prostitute who doesn’t sell sex.

It’s a tremendous pity, but ESRA is a lemon.