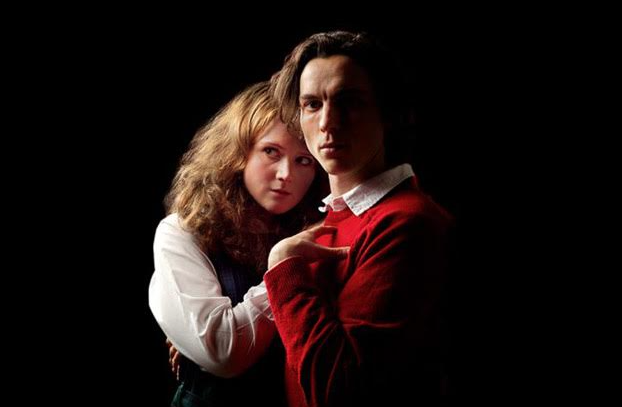 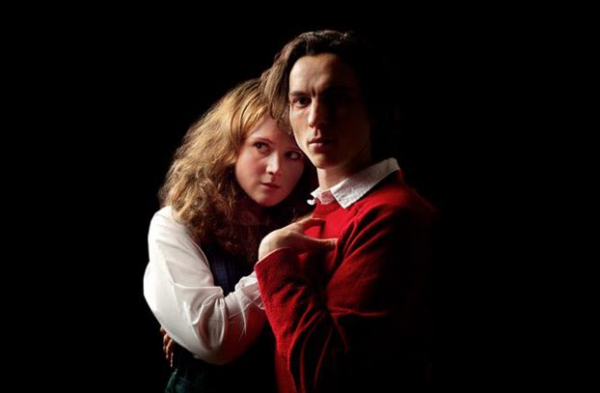 This play should be viewed by theatre goers at all levels of theatre going.  It is new and old and both.   Highly recommended.  Much better than televison.

On hearing that Thomus was entirely in iambic pentameter, I fell to the levelling idea that it would be a heroic venture.  I succumbed to the sense that it would be a scholarly attempt at great heights.  However, what I failed to preconceive is that it would be these things and reach the heights, with the views one might expect of Shakespearian drama but with a contemporised story.   The effect of which, like seeing early photographs in colour, brings the story and drama of even Shakespeare a little inch closer to us.  As I keep reminding people, Shakespeare is only 500 years old.  Not so long really, not that different from us.  This play will be a rare treat for lovers of Shakespeare, thriller of the week BBC, and local theatre, but especially a treat for those who love all three.

The script is not just a play in iambic pentameter, but Ash Jones clearly loves and grips the language of Elizabethan or, probably Jacobean drama rather, to the extent that he is incorporating similar flourishes, and poeticisms, and translating even more coherently direct from the stage, the same kind of dramatic phrasing. So listen, if you go along to Thomus, and love it as much as I did, it may pay for you to explore Jacobean drama.  The era of James 1st (James IV of Scotland, the instigator of the bible translated into English, and the establishment of governance and witch burnings, and the planned victim of the guy fawkes plot which failed), Oh!  Yes! THAT James. ☺

The era of Jacobean drama compared to Shakespeare, (who was the predominant author of the Elizabethan age), was particularly signified by its moralistic tone, the literal moral analogies of devils for example appearing on the stage, that Faustian effect of the everyman tormented by the easy appearance of ruin come to him in his young adulthood.

What a pleasure to see a play like this, wrongly publicized as a contemporary play in iambic pentameter, but rather, a Jacobean play, with contemporary content made timeless by its framing.

Personally, I have a thing for mixed disciplines, and the alchemical combinations that result in the brain on viewing the merged forms of different arts.  Here, is an exquisite example of the antique language and style of action on stage distancing us from the immediate realism of the story, at the same time as the realism of the story pulls us into a continual reassessment of the language that goes alongside.  Bravo!  That in itself is a pinnacle of art working.  It’s not an antique, but it’s a rendition that exceeds its falsity for a contemporary audience.

Bruce Hopkins, lugs a great deal of gravitas on stage playing the base and unpleasant George, his crew with Arlo Gibson and Oliver Cox as a comedic duo of lowlife who excel in clowning moments of glory. The parents, (Oh God, the parents), carrying the heart monitor of the storyline, played by  Michelle Leuthart who takes poignancy and raises it, and Paul Ballard who again, makes super realism on stage seemingly simple.  Milo Cawthorne, holds the hero role like a young hero in fact, sailing off to colonize North America on a Jacobean ship: angel on shoulder; devil in the wake, but Amelia Reynolds won my heart because she would have given James the 1st of England a good old fashioned heart attack she was that good on stage.  I saw Sir James there and I think he would agree with me.

That’s it.  Go and see it.  You’ll be glad you did, and spread the word, because it would be a real tragedy for anyone to miss it on account of its sparse advertising.

aand then I tentatively provide this postscript, because I can’t help but wonder how it would be on the big stage…