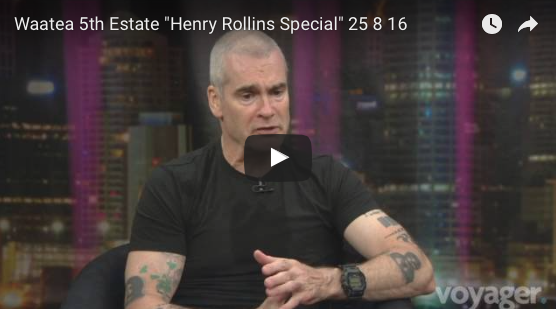 A very special show tonight 7pm on Waatea 5th Estate with the voice of Generation X, punk oracle Henry Rollins on the US Elections, the rise of Trump and Sanders, the global elite and Fox News.