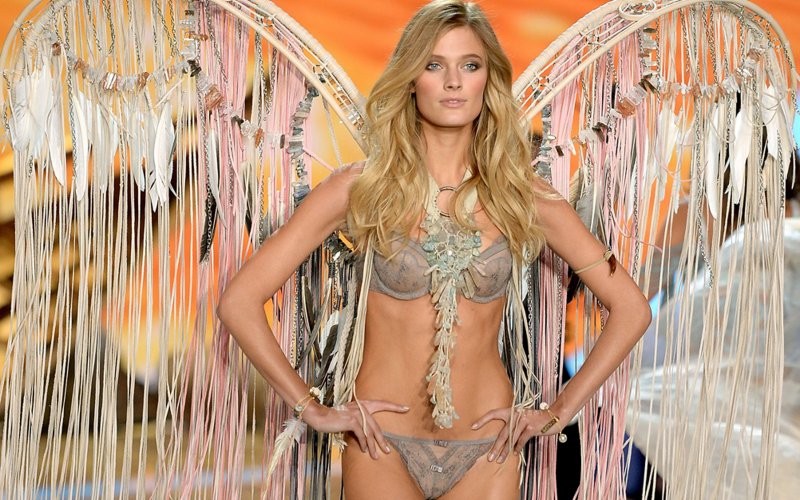 The underwear manufacturer has a much bigger secret, a real secret: they’re hiding workers. International Trade Union Confederation President, Sharon Burrows, says 97% of the workers are invisible, not directly employed but scattered through the global supply chain, where the company can pretend these workers are not its responsibility.

The 2016 Ethical Fashion Guide, produced by Baptist World Aid Australia, gave Victoria’s Secret (a chain of lingerie shops) a ranking of D+ for the observance of international labour rights. There are numerous media and research reports that Victoria’s Secret sources its cotton from companies, such as one based in Jordan, which uses child labour.

Goods are often produced far from their point of sale, changing hands along a complex and opaque supply chain from the raw material to manufacturing and distribution companies before they finally get to the consumer.  Like a game of pass the parcel, responsibility for the product rests fleetingly in the hands of those it passes through, many of whom will be oblivious to the gem contained within, its component parts, or who else was in the game. Of course someone designed the game and they know everything – but they’re hanging on to their secret.

Services are the same and we are drowning in examples of businesses, both public and private, that know full well that they are responsible for the lives of workers they contract to clean our buildings, remove our waste, and secure our banks – but they aren’t admitting it.  Or put it this way, if they don’t know about the service supply chain they shouldn’t be allowed to govern or manage the business because the consequences of their actions are so severe; the game they control destroys lives, cripples communities, and creates the kind of society no one with an ounce of respect for democracy and fairness really wants to see.  Take Agnes, who cleans for Auckland Council:

“I’ve got three jobs. I work as a cleaner and I work 68 hours a week….I’ve got four grandchildren now and it’s a blessing for me. I need to see them and given them money for their school, to pay their fees.  I need a life, I don’t have a life.  I only work and go to sleep and get up and go to work.  I get $15.25 an hour and if I had a Living Wage it would be good for me, to live a better life.”

Agnes spoke to the West Auckland People’s Assembly recently at which a group of candidates for Council were asked to commit to ensuring a Living Wage for directly employed and contracted workers at Auckland Council.  Penny Hulse and Greg Presland said “yes.” Current Councillor, Linda Cooper, said “no.”  In fact she said: “I don’t support forcing other organisations to do that.”

Yet setting minimum acceptable terms for tenders is precisely what councils do and that is precisely what Linda Cooper should do if she is interested in her public institution operating in an ethical way.  This is what public body leaders and managers should do because not only do they represent us, the people, but they are the only ones that can effect change for workers, like Agnes.  Her contractor/employer is in a competitive tendering situation and is in no position to sustain wage increases if the funder, the Council, doesn’t pay them to do that.  Only the Council can create a level playing field for the tendering of services and that tendering should be on quality of delivery and not on how little the wages will cost.

The Living Wage Movement is calling on candidates for councils in Auckland, Wellington and some other centres to pay no less than a Living Wage to their directly employed staff and to contracted workers delivering services on a regular and ongoing basis.  This amount of money calculated annually by the Anglican Family Centre Social Policy Research Unit is the amount necessary to survive and participate in society.

It is also significant in the light of recent research by Massey University’s MPOWER group, which has identified in its longitudinal research on the Living Wage that the household income range of $30-$39,000 is where people perceive a move from ‘survival’ to a ‘decent’ income. There is an impact of income on the choices workers are able to make and therefore on their well-being and development.

Council cleaners on the minimum wage, around $31,000p/a (full time), are robbed of the choices critical for well-being, such as the choice Agnes might make to spend time she doesn’t currently have, with her grandchildren.  The Massey research suggests that a Living Wage of around $41,000 provides a significant shift in well-being for all our low paid workers. Most of us would say that those workers who work hard keeping our cities clean, safe and secure, deserve this.

We can take action against the tales of child slavery in the supply chain of Victoria’s Secret by not buying its underwear.  We can stop the game, unwrap the parcel and expose the real source of exploitation. We can also take action against the modern day slavery of contracted workers right here in New Zealand by voting in local council elections against those who refuse to accept responsibility for their own role in generating working poverty in our community.  Vote against Linda Cooper in Waitakere Ward.  Vote in support of Penny Hulse and Greg Presland because they have committed to act against exploitation at Auckland Council and pay a Living Wage to directly employed and contracted workers.

You can find out more as our commitments to support a Living Wage emerge over the next weeks and are posted to www.livingwage.org,nz