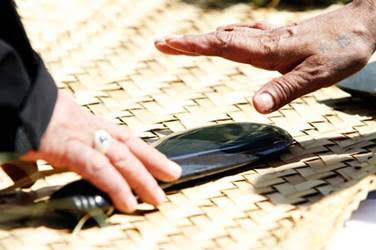 WHEN THE NATIONAL GOVERNMENT OF 1990-99 came up with the “Treaty Settlement Process” (TSP) it created a winning strategy. No single state initiative has done more to pacify the principal casualties of the economic and social changes of the past 30 years. By laying the foundations of what Dr Elizabeth Rata calls “neo-tribal capitalism”, the TSP interposed a rapidly expanding Maori middle-class between an impoverished Maori working-class and the Settler State elites. Without the TSP, the huge transfer of wealth and resources from ordinary New Zealanders to those privileged elites could not have been accomplished.

By the time the Fourth Labour Government was voted out of office at the end of 1990, its neoliberal policies had laid to waste huge swathes of Maoridom. Whole communities had been devastated by mass lay-offs in the state-owned forests, Post Office and railways, as well as the privately owned freezing-works and car assembly plants. A disproportionately large number of these displaced workers were Maori.

The Treasury’s preferred method of dealing with mass unemployment was to let the jobless rot on a benefit. Retraining and re-employing redundant workers was deemed to be both cost ineffective and ideologically unsound.

The results were entirely predictable. In a frighteningly short period of time all the familiar social pathologies of poverty: drug addiction, child abuse, domestic violence, marriage breakdown and gang-related crime; began to unravel the working-class Maori suburbs of Auckland and Wellington. While dealing with these pathologies imposed a massive fiscal burden on the state, the alternative – an activist government intervening to create jobs and strengthen communities – was dismissed as unacceptable. The whole point of the Douglas-Richardson Revolution was to put an end to state interventionism.

The skewed ethnicity of this new “underclass” (as journalists were beginning to call it) did, however, present the new National Government with a problem. Maori nationalist sentiment had grown rapidly in the 1980s – most particularly in the agitation for tino rangatiratanga – Maori Sovereignty. The possibility that these radical ideas might be transmitted to and taken up by unemployed Maori was a source of considerable concern among Pakeha elites. A mass Maori uprising, inspired by tino rangatiratanga, could only be contained by the use of deadly force – a course of action that would almost certainly spark a civil war.

The TSP, by contrast, could serve as an effective diversion from the misery and anger gripping urban Maori. By nominating traditional iwi as the Crown’s key negotiating partners the Settler State offered a sense of historical continuity and by enlisting the talents and shifting the focus of Maori nationalist leaders it deprived the Maori underclass of the tino rangatiratanga firebrands who might otherwise have set it alight.

Even so, it was a near-run thing. The occupation of Moutoa Gardens in Whanganui in early-1995 balanced on a taiaha-edge between peaceful protest and violent insurrection. The Government of Jim Bolger and Douglas Graham (the minister responsible for the TSP) held their hand and the occupiers refused to be provoked. The Whanganui confrontation, which could so easily have ended in disaster, caused the Crown’s negotiators to redouble their efforts.

By the end of the decade the TSP was well entrenched. The multi-million dollar Ngai Tahu and Tainui settlements had demonstrated the awesome commercial potential of the neo-tribal capitalist model. The tribes’ corporate structures were offering employment to Maori graduates, and tribal scholarships were supplying the Settler State with the highly-educated Maori personnel it needed to give bureaucratic expression to the “Treaty partnership” which the New Zealand Court of Appeal deemed to have existed between Maori and the Crown since 1840.

The creation and consolidation of the Maori middle-class which the TSP and the partnership model facilitated has proved to be a shrewd investment on the part of the Settler State. It has been achieved at a fraction of the cost of effectively educating and gainfully employing the tens-of-thousands of untrained and unemployed rangatahi. Indeed, the transfer of wealth (in the form of Crown cash and resources) from the poorest Maori communities to wealthy tribal elites (the Iwi Leadership Group) mirrors neatly the transfer of wealth from the 99 percent to the top 1 percent of income earners that is the hallmark of neoliberalism globally.

The cost – a large urban Maori underclass in the grip of all the evils to which poverty gives rise – has not yet risen to the point where the Pakeha elites feel compelled to do more than refine and expand their techniques for social control. That the new Ministry for Vulnerable Children will feature a large number of middle-class Maori professionals, appointed to ensure that the principles of the Treaty of Waitangi are upheld, even as the children of Maori poverty are made the guinea-pigs of National’s “social investment” ideology, merely reinforces what an extraordinary success the TSP has become.