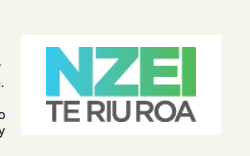 Schools – already struggling to juggle costs – are going to be put under further pressure after a freeze to their operations grant this year, a new report shows.

Research by leading economic consultancy Infometrics shows that this year’s budget freeze actually equates to a 0.5% per-student cut in operational funding for schools next year because of roll growth.

NZEI Te Riu Roa National Secretary Paul Goulter says it’s an even bigger cut when you take inflation and other costs into account.

“The Government needs to stop the freeze and restore the operations grant to a sustainable level. No Government in recent memory has cut school operational funding up until now, this is an unprecedented move,’’ Mr Goulter says.

“Schools will be forced to make trade-offs between the critically important work support staff do and meeting rising operating costs.”

The report’s findings shows that:

Even with the targeted funding increase, the total operations grant funding on a per-student basis will be 0.5% lower in the 2016 school year than it was in 2015.

To return real per-student funding in the 2017 school year to the same level as it was in 2015, an increase of between $40m and $65m in total operations grant funding would be required.

“Schools can’t do more with less. It is inevitable that support staff have to be cut as a result of the freeze.

“We are launching a campaign calling on parents and school communities to send a message to the Minister to stop the funding freeze.”