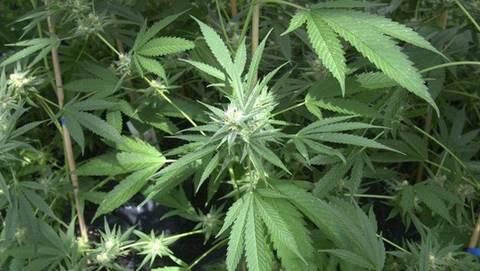 The simple truth is that there is no political courage to force the current war on drugs  back on cannabis.

Decriminalisation isn’t good enough. We need a regulated market that is taxed with the boot of the Government on it constantly.

We need proponents of a legalised and strictly regulated market that is built for small craft growers. To argue what the restrictions would be (R20 – not smoking in public – cafe’s and specially designed clinics as the point of sale) and champion what could be spent by the $550million in revenue and cost savings.

We need Kevin Hague with Greg O’Connor and Helen Kelly to lead the debate to legalise.

I think it should be called The Helen Kelly Cannabis Reform Bill.

Kevin is needed to carry this debate politically because he has the mana and intellect to do it. The Greens desperately need to make a genuine stand on cannabis reform and are too frightened to alienate the Right of Labour and Winston.

Kevin leading it however would be safer as he isn’t a leader.

I’m told that Greg O’Connor has had a road to Damascus over the issue of cannabis legalisation ever since he took up the challenge to go to America and look at the legal market functioning. Many of his reservations were turned over after talking the issue through with US Police. He is about to stand down as Police Association President shortly and recruiting him to lead this in conjunction with Hague and Kelly would be a formidable and powerful representation of Civil Society.

The first thing they would need to do is escort Peter Dunne and Winston Peters to America to see the same things O’Connor was shown and allow them to both see that a heavily regulated market is far better than handing that money over to organised crime ever year.

I think they could push a referendum for the 2017 election and force the other political parties to have to actually explain their ridiculous positions.