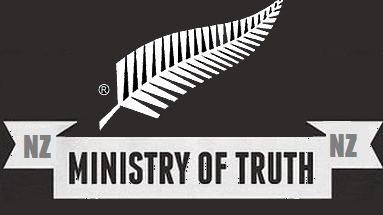 On 20 June this year, Housing NZ admitted that the current testing for methamphetamine use (smoking)  was flawed;

“…The current standard guidelines were written to address meth ‘cooking’ and not use, meaning they are not entirely suitable for the contamination that occurs through use of meth.

The Ministry of Health guidelines were written a while ago. At that time it wasn’t perceived that consumption would be at the levels that it has reached. For this reason the guidelines do not cover all they need to.”

“I think they’re out of control…

I don’t know how they can justify that. Housing New Zealand has spent over $20 million in the last financial year doing these tests and these cleanups. Knowing that these are flawed the minister should step in and stop taxpayers’ money being wasted and vulnerable people being punished.”

Despite the testing regime  – which TVNZ’s  ‘Fair Go‘ programme used to “detect” methamphetamine on bank-notes – “not fit for purpose”, Housing NZ has continued to use the flawed guidelines to evict tenants;

Housing NZ Minister, Bill English, agreed that the testing for methamphetamine was flawed;

“They’re operating to a Ministry of Health guideline which I understand is internationally standard, but is regarded as not quite appropriate, particularly for dealing for use of P in houses…

Now, the test as I understand it, indicates the presence of any P at all which may be a very low health risk.”

The interesting aspect to Radio NZ’s Susie Ferguson’s interview with Minister English was not that he disagreed with the premise that the P testing regime  was flawed. He gave a straight answer to Ms Ferguson’s question;

Susie Ferguson: “Are these tests fit for purpose?”

Bill English: “Ah, no. And Housing NZ have said that.”

English then spent the next seven minutes defending the flawed testing regime.

In part of his interview, the “g”-word became glaringly  prominent;

I think everyone involved with this is frustrated, I suppose except for the scientists that gave us the guideline in the first place.”

It is obvious what phrase English’s media spin-doctors told him to stay “on-message”.

He referred to “guidelines” no less than sixteen times within those seven minutes.

On 8 August, in an unrelated matter, our esteemed Dear Leader, John Key, was interviewed over  China’s threats to launch a trade war if New Zealand investigated cheap imports/dumping of sub-standard Chinese steel.

As Vernon Small described the situation on 4 August, in the Dominion Post;

Now let’s see if we’ve got this right.

In early June Chinese officials find a type of fungus (Neofabraea actinidiae) on board a bunch of kiwifruit heading into the country.

Then in early July a message is passed, through back channels, to Zespri and Fonterra (and potentially other primary producers) that China is extremely peeved that a complaint has been laid about the potential dumping of cheap Chinese steel in our market.

A steel inquiry by regulators here could lead to the imposition of non-tariff barriers that could slow down our exports, the warning suggests. And, what’s more, China is angry that the complaint was even accepted for consideration by the Ministry of Business, Innovation and Employment (MBIE).

After some to-ing and fro-ing, China officially denies it draws a link between a potential steel-dumping inquiry and sales of our food products. The various New Zealand agencies and exporters chant in unison that it is an “unsubstantiated rumour” that such a link had been made.

Trade Minister Todd McClay at first tries to dismiss media reports as reflecting a single low-level source talking to Zespri. But he later back tracks and apologises to Prime Minister John Key and concedes the Zespri warning was not all. In fact, there had been “discussions and limited correspondence over the past few months as the Ministry of Foreign Affairs and Trade has endeavoured to assess the veracity of these reports”. But in the end they were not verified.

On July 22, Zespri said it had experienced no problems.

But on July 29, just a few weeks after the initial “warning” – and right in sync with that warning –  Chinese border agencies impose non-tariff barriers, involving a risk notification and strengthened inspection and quarantine processes, on our kiwifruit.

Zespri says their unwelcome fungal friend does not affect food safety and is not a pathogen. It exists in several countries, including New Zealand, Australia, Holland, the United States and Ecuador – and potentially China itself, the home of the chinese gooseberry to which the noble kiwifruit is whakapapa.

But in contrast with Zespri’s relatively sanguine view, the Chinese notice from the AQSIQ, the General Administration of Quality Supervision, Inspection and Quarantine, describes Mr and Mrs Neofabraea actinidiae in very unflattering terms as a “rot pathogen” and a “major disease” that could infect other fruit such as apples and persimmons, thus inflicting “serious economic loss”.

It saying the fungus hails from New Zealand and Australia – the targets of Chinese suspicions that we are acting in league with Uncle Sam.

And through it all ministers and Zespri are ruling out any link to the “unsubstantiated” trade threat.  “China throws up these non-tariff barriers all the time” is the tenor of the message emanating from the Beehive. Nothing to see here.

(The full text of Vernon Small’s analysis is worth reading, and reminiscent of the sort of critical journalistic insights that we used to have in abundance in the Fourth Estate, and which could ultimately do great harm to an encumbent government’s reputation.)

Key’s responses to Espiner’s questions were a tribute to the Prime Minister’s media spin-doctors. Throughout the entire four and a half minutes interview, Key stayed on-message, referring to the blocking of Zespri’s export as “a technical issue“.

Other answers given were verbose – but not very enlightening for the listener;

Espiner: “Did he [Todd McClay] tell the truth about that, though?”

Espiner: “You said he was dancing on the head of a pin.”

Espiner: “He was misleading, wasn’t he?”

Key: “Well, I just think, in our business the problem is that even though often a journalist will ask me a direct and specific question, you really know they’re  asking a broader question. And it’s kind of tidier if you can at least give a, give them [a] more fulsome answer.”

So according to Key, if “a journalist will ask… a direct and specific question, you really know they’re  asking a broader question“?

This was quintessential Key silly-speak for “Yes, Todd McClay lied”.

At the very least, Espiner should have challenged Key of his references to “technical matters” with the simple question,

“Prime Minister, is the phrase “technical matters” the on-message phrase you’ve been told to use?”

Key would have responded with a resounding “No, of course not!”.

But that would have blown that phrase out of the water from that point on in the interview. The carefully ‘spun’ message crafted by his spin-doctors would have been rendered neutralised, and Key would have had to rely on other answers to Espiner’s probing. Perhaps even something approaching the truth.

The best way to counter “spin” is to clearly identify it as such.

In 1991, when former Finance Minister, Bill Birch, was promoting the Employment Contracts Bill to the New Zealand public and media, his constant mantra was that it would “raise real wages”;

” The challenge New Zealand faces in industrial relations is to create an environment that delivers high productivity, high income and high employment.”

The promise of “higher wages” was an attempt to justify  the de-unionised, laissez-faire bargaining aspects of the Employment Contracts Act (later passed into law as an Act of Parliament).

But such was not to be. As economist, Andrew Morrison, reported for the  Parliamentary Library in 1996;

“The content of employment contracts has also changed. There are more flexible work practices, greater multi-skilling and increased use of performance pay. Rates for overtime and penal rates have dropped.

Econometric work shows the ECA as having had no significant effect on the aggregate level of wages. There may have been some deterioration in working conditions, however evidence is not clear-cut.”

Birch’s claims of the ECA “raising wages” were utterly bogus of course.

In reality, the Act increased wages for a few – but either froze or reduced wages for the majority, as Morrison pointed out.

It was the first occassion when this blogger noticed an oft-repeated phrase used by a politician to promote a wildly unpopular piece of legislation. It may have been one of the first (?) uses of ‘spin’ in such a context (as opposed to mis-use of information or outright lies).

In 1991, the “raising wages” mantra was not challenged in any meaningful way (that this blogger can recall).

A quarter of a century later, we still seem to have a problem with political ‘spin’.

The scary thing is, that our elected representatives don’t really seem perturbed that we recognise their ‘spin’ for what it is. In a post-truth environment, it seems to be the “new norm”.

As Andrea Vance wrote in an opinion piece on 1 July;

Politicians are now playing a game in which it’s up to their opponents to fact-check, to catch out their lies. (“People have had enough of experts,” as British Tory leadership hopeful Michael Gove put it.)

They presume media and the voters should accept what they say as fact.

People only care about “what the candidates say”, he added.

But if what the candidates say are bare-faced lies…then where does that leave us?

Indeed, where does that leave us?

We can call them “guidelines“.

TV1 News: Perhaps the Government might want to say sorry

Radio NZ: Is a ‘post-truth’ era upon us?

Radio NZ: Give facts a chance

The Art of ‘Spin’