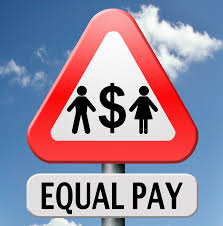 A ground-breaking tripartite recommendation establishing the principles of pay equity in New Zealand should be accepted by the Government any day now.

Thanks to the tenacity of the former Service and Food Workers Union – now part of E Tu – and delightful determination of rest home carer Kristine Bartlett, the principles have been developed at the direction of the Employment Court.

Employers, union and Government representatives have worked over 6 months to agree on the comprehensive principles which will guide collective bargaining and set-up a process for claims to be lodged through the court where negotiations fail to achieve equal pay.

The resulting document bears a striking resemblance to the concepts established in the Pay Equity Act which Labour passed in 1990 – only to have it repealed in 1991 by an incoming National Government.

How bitter-sweet it would be to have the current Government correct that act against the women of Aotearoa-New Zealand.

The Government has been considering the document for a few months now and it is hard to understand what the hold-up is, given the parties spent a solid 6 months agreeing how to resolve the problem of people in female-dominated occupations being paid less than what the work would worth if it was done by a male-dominated workforce.

The Government must implement the document as delivered – anything less would amount to political interference against the interests of women and their families.