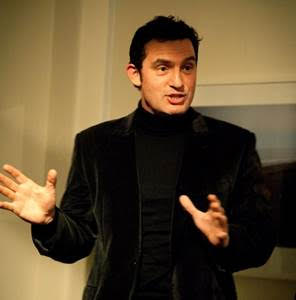 ANDREW LITTLE’S DECISION to ban Stuart Nash from sharing a platform with Wellington Mayoral hopeful, Nick Leggett, is instructive. First of all, it tells us that Little and his supporters are still very frightened of the Labour Right. Though by no means a majority of either the parliamentary caucus, or the party, Labour’s right wing constitutes a large enough minority to fatally injure Labour’s re-election chances if it feels so inclined. Secondly, it tells us that Little and his supporters lack the confidence to engage the likes of Leggett (or Phil Quin, or Josie Pagani) in free and open political debate.

Little, with a great deal of help from his chief-of-staff, Matt McCarten, has spent the last 18 months convincing caucus members of every ideological stripe that disunity is death. They point to the way the left of the party undermined the leadership of David Shearer, and how the right of the caucus repaid them by undermining the leadership of David Cunliffe. Their contention, that such behaviour simply had to stop, was supported by all those MPs who longed to escape the impotence of Opposition – i.e. every single one of them.

So why, given his undoubted success at dampening-down the fractious factions of both the Labour caucus and the wider party, did Little feel obliged to lower the boom so publicly on the head of Stuart Nash?

Clearly, the campaign team behind the Labour-endorsed candidate for the Wellington Mayoralty, Justin Lester, had a hand in his decision. They are only too aware of the political clout of the people backing Leggett’s campaign, and of the sheer volume of the money that keeps rolling in for the former Porirua Mayor. They are also rattled by Leggett’s winning ways. There is more than a little of Mike Moore’s populist style in Leggett’s political demeanour (not something you can say about Justin Lester’s). Little was goaded to action by a combination of fear and spite. Not a good look.

Leggett’s ready access to the networks of power, influence and money, coupled with his backers’ plan to have him share a platform with Nash, would also have reminded Little and his team of the ambitious Napier MP’s own impressive connections to the power elite. This is, after all, the man who financed practically the whole of his campaign for the Napier seat with a Matthew Hooton-organised fund-raising dinner at Auckland’s exclusive Northern Club. The contrast between Nash’s fund-raising skills and those of the impoverished Labour Party is not a flattering one.

In such circumstances, it is easy to see how Little and his supporters might fall prey to the notion that Nash and his kind constitute a right-wing “Labour Party-in-waiting” with all manner of helpful friends in the business community, PR circles and the news media. Friends who, given the “right” line-up on Labour’s front bench will be quick to offer a helping hand.

The dangerously accurate sniper-fire kept up against the Little-led Labour Party by the likes of Josie Pagani and Phil Quin (key movers, along with Leggett, in a plan to form a New Zealand-based political think tank modelled on those advising the Blairite wing of the British Labour Party) can only have contributed to the siege mentality so obviously gripping the Leader of the Opposition’s office. Particularly galling for the Labour leadership is the fact that their critics, having allowed their membership of the Labour Party to lapse, are in no way subject to its discipline. As regular guests on The Nation and Q+A, they can articulate their critique of Little’s electoral strategy with impunity.

The only effective way to combat the undoubted influence of Leggett, Quin, Pagani (and Nash?) within the Labour Party is to confront them head-on. If it is not possible for them to counter their opponents’ “Third Way” ideology in open debate, then Little and his team must either plead guilty to being woefully ineffectual democratic socialists, or, to secretly subscribing to exactly the same strategic objectives as the Labour Right.

Leggett openly proclaims his conviction that: “You have to occupy the centre, and you have to appeal to a broad base of New Zealanders, and for Labour to win they’ve got to be as big as National … They’ve got to be a 40% plus party.”

Frankly, it’s difficult to believe that becoming “as big as National” is not also Little’s prime electoral objective. And, if that’s correct, then the real reason for his refusal to allow Nash to share a platform with Leggett is that Little does not want the left of his party to realise that the true extent of Labour’s ambition is no greater than the goal of its unreconstructed right-wing: “to occupy the centre”.