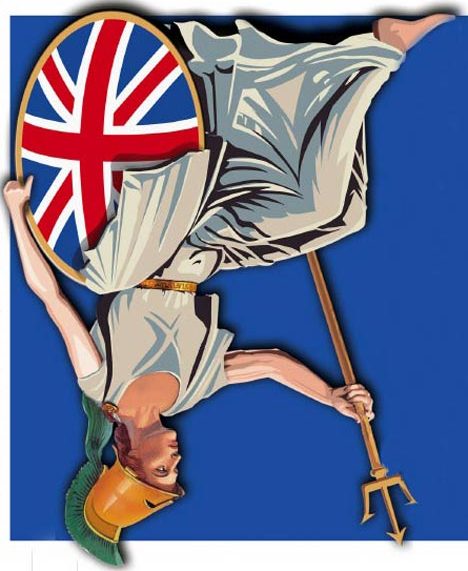 Three weeks ago I travelled to England for a major international media studies conference at the University of Leceister. My official tasks were to present a paper and develop research links with academic peers.

The unofficial purpose of my visit, for the Daily Blog, was to report on the Brexit aftermath. What explains the referendum result? What happened during the campaign? What did the voting patterns signify? Where now for England?

The constitutional implications of Brexit will not be detailed here; England is my primary focus.

Referenda results always oversimplify the situation at hand. The clarity and finality of numbers obscures marked differences in voter intentions.

So it was with Brexit.

Remainers were not cut from the same cloth just as there were different kinds of argument for leave. Crucially, however, the leavers presented a united front during the campaign whereas the remainers appeared disorganised and disoriented by unfolding events.

Rafael Behr makes this clear in a recent Guardian article entitled `How remain failed : the inside story of a doomed campaign`. (July 5). The key instigators of the campaign `Stronger in Europe` were also political adversaries. Director Will Straw was a former Labour parliamentarian and chief strategist Ryan Coetzee had run the Liberal democrat 2015 election campaign. They worked alongside three prominent Conservatives; Ameet Gill, director of government strategy at 10 Downing street, Stephen Gilbert, former deputy chairman of the Conservative Party and Craig Oliver, David Cameron`s communications chief.

In the Conservative Party itself, exit versus remain debates were interlaced with interpersonal rivalries and competing leadership ambitions. Furthermore, the Tory press promoted either qualified or unqualified versions of leave. The well mannered London Times was accompanied by the virulent Sun and Daily Mirror. Non-Conservative proponents of remain ; the Liberal Democrats , Greens , Scottish Nationalists and most of the parliamentary Labour Party were electoral competitors rather than natural allies.

The `Stronger In` campaign never reached full throttle because Conservative remain strategists were reluctant to vilify prominent leavers Michael Gove and Boris Johnson. Associating them with the xenophobic sentiments of Nigel Farage was deemed too risky. That would have damaged government authority , a most unwelcome side effect.

The `Stronger In` campaign papered over their cracks and weaknesses through economic fearmongering. Economic security and global influence were equated with EU membership. Brexit would mean insecure jobs, rising prices, fragile mortgages and less funding for your local school or hospital.

Most people I spoke to saw this core message as a campaign disaster. The poorest regions of England had been experiencing poverty and insecurity since the Thatcher era. Threats of an even worse future were hardly likely to boost the remain vote . Conservative remain strategists never understood this because economic fearmongering had won them the 2015 general election. Drawing upon Lynton Crosby`s advice, David Cameron and George Osborne had focused on a simple equation; a return of government means economic security, a new, Labour led government is a gamble on the unknown.

During the Brexit referenda campaign, however, popular feelings of insecurity were trumped by a surge of anger. Alongside anti-immigration resentment leave voters outside of middle and upper middle class enclaves expressed grievances on a range of issues; industrial decline, unemployment, economic neglect from successive governments and general neglect by the Westminster political class. People who had never voted before felt that their place in society had been taken away. The most obvious indicators of voter preference were class ,income, locality and education level.

Comfortably off , University educated Europhile city dwellers and property owners were automatic remainers. The unemployed and underemployed throughout the Midlands , the North East and depressed metropolitan suburbs inhabited a separate world.

In a recent article entitled `Brexit Blues` (London Review of Books July 28) John Lanchester noted that most remainers and leavers mixed only with their own kind. Neither side could be receptive to the others point of view.

Like bishops on opposite colours of a chessboard it seems that two Englands coexist without communication. One of my interviewees co-managed an engineering firm with international contracts , including several in Europe. Leave voters were seen, condescendingly as ill informed bumpkins. I found similar sentiments among post graduate students and musicians with European contacts.

Demographic and regional voting patterns , however, were not always clear cut.

Some city of London financiers were apprehensive about staying in the Eurozone. For them, Brexit will not curtail returns from foreign exchange dealing, derivatives speculation or commissions arising from corporate mergers and acquisitions. Orchestrated tax evasion, of course, will continue as a city of London specialty.

Meanwhile Brexit has divided the left. A qualified remain position has been developed by Green MP Caroline Lucas, shadow Chancellor John McDonell and former Syriza finance minister Yanis Varoufakis within a group entitled `Another Europe is Possible`. The aim is to roll back the financial-technocratic power of the European Commission by expanding the EU parliament and strengthening the EU social charter. Leaving the EU, it is argued, legitimises parties of the racist right and leaves the financial technocrats unopposed. Austerity agendas must be challenged by democratising the EU framework from within.

For others this is a pipedream. Richard Tuck argues in `The left case for Brexit` (Dissent Magazine June 6) that EU institutions are unreformable. The European Commission and the European Central Bank (ECB) combined with the International Monetary Fund (IMF) constitutes an austerity machine. The EU equates with the Trans-Pacific Partnership (TPP) and the Trans- Atlantic Trade and Investment Partnership (TTIP). All three arrangements should be resolutely opposed. Tuck insists that the EU`s social democratic rhetoric has no basis in reality;

` in practice the EU subordinates its concerns with workers rights to its own concern to maintain the freedom of companies to shop around within the EU for the weakest regimes of labor protection`.

He also reminds us that United Kingdom social democracy was historically enabled by the British parliament ,independently of Europe. The left Brexit case thus centres upon economic and political sovereignty. Unfortunately, though, immediate restoration of these principles appears unlikely.

The Brexit issue has debilitated the Conservative Party and fractured the Labour Party. John Lanchester states that

`general election were held tomorrow on the single issue of the referendum,the voter wouldn`t know who to vote for`.

This explains the confused state of English politics. There is no cohesive leadership, no clear plan of policy action and no clear lines of party-political debate to guide the formation of public opinion.

Post Brexit, the Tories will muddle through keeping power for powers sake. The Labour Party has been broken , not by Jeremy Corbyn but by the Blairites who never deviated from the neoliberal route map despite `Cool Britannia` appearances.

From my readings , observations and conversations I came to one firm conclusion. England needs MMP. This would break the Labour Party in two and allow Corbyn to build a UK wide anti-austerity coalition from the ground up. Local, metropolitan and general elections would be vigorously contested on behalf of the working class and poor immigrant communities. A sense of national mission will be needed, akin to that generated by the post-war Atlee government. Such a coalition,of course, would communicate and coalesce with European counterparts. This may be an unlikely scenario but it is preferable to the status quo.

At present, the Westminster system protects a directionless political class, landed`gentry`, corporate elites and the city of London. Meanwhile a dysfunctional EU awaits the next financial crisis as the United Kingdom slowly unravels.