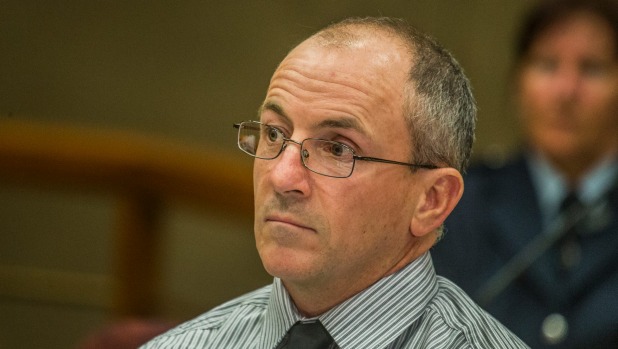 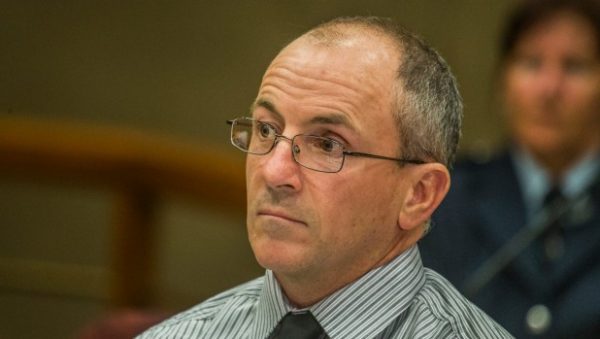 The last few years have seen some remarkable steps forward for efforts to rectify historic abrogations of justice. Teina Pora was acquitted. He was even belatedly (and pettily-parsimoniously) compensated for his time behind bars. David Bain’s conviction was also vacated, on grounds that regardless of whether he did it or not, the Crown’s case was simply not good enough to remove all reasonable doubt. He, too, has been ‘compensated’ after a fashion – although to a much lesser figure, and merely in recompense of his legal costs rather than actual, tangible renumeration for his extended time behind bars.

The Pora case in particular represents one of the great acknowledgements of judicial wrongdoing in this country; while the Bain morass adequately demonstrates that with the power of a passionate, committed advocate – even seemingly insurmountable obstacles can be overcome in pursuit of a man’s freedom.

A third instance, that of Arthur Allan Thomas, is also instructive. There, thanks in no small part to the courageous efforts of one Rob Muldoon – then Prime Minister – Thomas’s conviction (which had been upheld through both trial and retrial) was first investigated, and then eventually overturned. Allegations of police malfeasance were seriously looked into, Thomas Pardoned, and also given a decent payout of official compensation.

It’s amazing what can happen when you are able to convince people in high places to take an active interest in the fostering of justice. Even the Police directly planting evidence against someone can be challenged and overpowered in such a situation.

But sadly, not all strongly arguable miscarriages of justice turn out that way. For whatever reason, some cases go through the works of procedure, come out with seemingly wrong or unsafe and unsound outcomes; and probably innocent men find themselves subjected to all the harshness and cruelty of the wrong end of the justice system despite most likely having committed no crime other than being a semi-convenient scape-goat.

As a prime example of this sad phenomenon in action, the case of Scott Watson springs instantly to mind.

If you’re over a certain age in New Zealand, you probably know the rough outline of the details. In the early hours of New Years 1998, a handsome young pair disappeared from the Marlborough Sounds. The last known witness to see them alive, water-taxi operator Guy Wallace, deposited them on a two-masted ketch in the company of an as-yet unidentified ‘Mystery Man’. According to the Crown, the vessel in question was the (one masted) Blade and the mystery man none other than Scott Watson.

It didn’t appear to matter that the only, best eye-witness to the identity of the suspect had stated categorically that Watson was not the man whose yacht Hope and Smart had disembarked at. Nor that there was an obvious visual discrepancy between the vessel Watson owned, and the one on which the murders presumably took place. The Police had their man, and as has later become apparent, seem to have had little issue with ‘fudging’ the evidence in certain places in order to ensure that a conviction stuck.

Admittedly, there is nothing so obvious and egregious to the Watson case that has yet come out as the planted bullet which did in Arthur Allan Thomas – but even taking a cursory run-through of the case and judgements against Watson, it would be exceedingly hard to argue that his conviction is in any way “safe”.

For starters, there’s the fact that the only real piece of forensic evidence linking Watson to the crime – hair follicles found on a blanket in Watson’s yacht which belonged to Hope – quite probably got there through sample contamination during the process of analysis. The two strands in question were not found on the blanket when it was initially submitted to the ESR labs for review, but instead mysteriously turned up only after hair from a brush belonging to Hope was also turned over to ESR for sampling.

In the absence of hard proof of this nature, pinning the double-murder upon Watson becomes principally an exercise in conjecture and weaving together witness testimony to attempt to manufacture a cohesive whole.

And that’s where things start to get especially sticky.

In order to get a jury to convict Watson in the absence of seriously water-tight evidence linking him to the crime, the Prosecution needed to establish a supremely plausible narrative which could be buttressed by the limited evidence (chiefly eyewitness) available to them.

One part of this narrative concerned an alleged journey made by Watson aboard Blade to dump the bodies of Hope and Smart in an undersea canyon off the Sounds themselves. Both Police and Prosecution put a great deal of effort into attempting to establish that such a journey could have been made by Watson in a manner which lined up time-wise with a bevvy of eyewitness reports of a yacht moving through the area.

Unfortunately for their case, it has since been proven (somewhere in the vicinity of a decade after the fact) that the Blade could not have made the journey that the Crown insisted it did. It was simply too slow in the water to possibly have been able to traverse the numerous kilometers of distance between start-point and alleged end-point inside the time allowed for same by the Prosecution.

However of potentially greater interest are the shifts in witness testimony surrounding this part of the case. Initial statements by some witnesses as to when they saw the yacht in question in the area of their eyesight shifted by as much as eight hours over the course of repeated police questioning – potentially so their observations would better fit into the emerging official police narrative. It has been noted that the lead witness in the above episode received a remarkably light sentence for his large-scale cannabis cultivation operation after co-operating with the police during the Watson case and changing his testimony.

But the problems with witnesses which have bedeviled this case don’t seem to end there.

The lead Crown witness, Guy Wallace, initially maintained that the ‘Mystery Man’ Hope and Smart departed with did not match Scott Watson’s description. For several months when Police presented him with photos of Watson, he refused to identify Watson as the suspect. It was only after the Police deployed a different tactic – a photo-montage technique which has subsequently been criticized, and which caught Watson mid-blink in a way that substantially changed his appearance – that Wallace changed tac and picked Watson out of the lineup. It is an identification which Wallace has since recanted and comprehensively ruled out. Particularly as the physical description given of the ‘Mystery Man’ as having stubble and long, wavy hair could not be applied to the clean-shaven and short-haired Watson. It has been suggested by Wallace that he was “tricked” into fingering Watson by the Police.

Another witness who also claims to have been “tricked” by the Police into mis-identifying Watson is Rozlyn McNeilly – who was working at the Furneaux Lodge where events began on the thirty first of December 1997. Interestingly, the Independent Police Conduct Authority also found fault with the way she’d been cajoled into making the identification.

In addition to this, we have a veritable rogue’s gallery of imprisoned Secret Witnesses recanting testimony or otherwise being found unreliable post-facto, other witnesses from the boat moored next to Blade who fairly directly contradict the Crown’s version of events, a litany of statements by any number of people that they saw a two-masted ketch matching the description of the yacht Wallace said he dropped the pair off to in the Sounds area (despite Police apparently functionally believing such a boat did not exist); and, perhaps rather importantly, an apparent mutual identification by Watson and a man named John Mullen as the client and water-taxi operator respectively who made a journey back to the Blade, along with the statement from another water-taxi operator by the name of Donald Anderson that Watson went back to his yacht some hours before Wallace’s water taxi is supposed to have picked up Smart, Hope and the ‘Mystery Man’ from shore.

All of this together makes it pretty unlikely if not outright impossible that Watson was the ‘Mystery Man’ that night, with the Crown only able to riposte to the last two points by insidiously insisting that Watson somehow managed in a manner that has never been satisfactorily explained to get back from his yacht to the shoreline in time to be taken out once again to the Blade, without any additional witnesses or water-taxis being involved. This itself became a point of contention (and grounds for Appeal) later on in proceedings when it was alleged by the Defence that the Crown’s ‘two trip’ theory was only introduced into the official narrative far too late to be effectively challenged in Court.

Adding fuel to the fire are further claims by others to have identified the mystery ketch, or to have convincingly connected the disappearance of Hope and Smart to a drug syndicate allegedly operating in the area. Some of the substance to these claims can seem fanciful, but the points made by these individuals as to the difficulty of confusing the comparatively smaller one-masted Blade with the much larger two-masted ketch identified by Wallace nevertheless remain valid and important contributions to the debate as to Watson’s guilt or innocence.

In any case, you don’t have to necessarily think that Watson is innocent to start to see the problems with the way that this case has been conducted. There are sufficient and sufficiently obvious problems of both procedure and evidence to rather strongly suggest that Watson’s conviction is strongly unsound.

Interestingly, even Olivia Hope’s father now agrees that there is potential room for significant doubt as to the accuracy of the conviction – seeking a meeting with Watson in order to “look him in the eyes” and attempt to assay his guilt or otherwise. Gerald Hope even previously offered to help fight to free Watson if he came away believing him to be innocent.

Importantly, this is a sentiment shared by a growing number of Kiwis. There has long been a public campaign to attempt to lobby the Government or Governor-General to successfully intervene in Watson’s circumstances. They’re presently circulating a petition and will be holding a vigil on Saturday down in Christchurch to both highlight and protest the ongoing injustice which has been meted out to Mr Watson.

It would be great to have your support.

Perhaps, with enough public pressure and scrutiny, Watson might one day get his very own Muldoon Moment and be delivered from prison via political intervention or retrial.