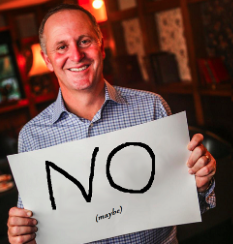 On 1 August, Titahi Bay resident, Anne Perry had this letter published in the Dominion Post;

Ms Perry made pertinent points and raised the very real problem of funding cuts and terminated contracts for community organisations dealing with some of society’s most vulnerable and damaged people. Or helping people who were stressed from having to deal with life’s increasing pressures, complexities, and financial demands.

I added my thoughts to her call for greater funding for our community organisations;

National has slashed funding or terminated contracts, forcing NGOs to cut front-line staff and services. Some have closed altogether.

In other instances, contracts are terminated and re-awarded to other organisations, resulting in a loss of institutional knowledge and experience.

An example of near closure last year was the Problem Gambling Foundation.

This year, National has announced a “review” of Richmond’s Salisbury School, a facility that offers specialised education to girls with disabilities and high-needs.

Just as the sale of state housing has increased homelessness and over-crowding, the constant re-shuffling of services and funding cuts has predictable consequences.

There was money for a flag referendum; bailing out the Southland aluminium smelter; and a sheep farm in the middle of a Saudi desert to placate an irate Saudi businessman.

What is wrong with this picture?

CYF – The Hollowing Out of a State Agency