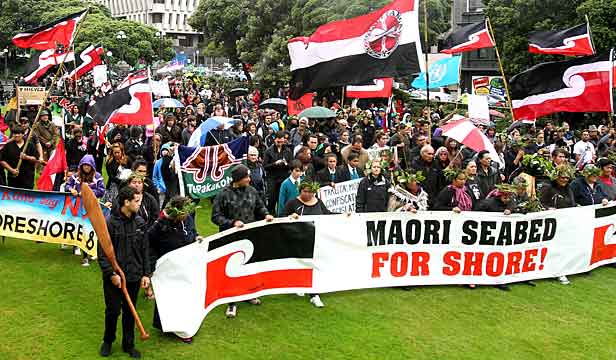 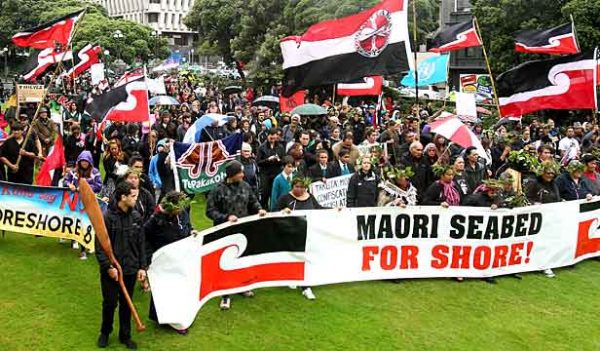 Helen Clark called Maori who protested against her illegal land confiscation as ‘Haters and Wreckers’.

The surprise by the mainstream media that the Maori Party won’t support Helen Clark’s bid for the UN says more about them than it does the Maori Party.

The mainstream media, who did such an appalling job of covering closing the gaps, the Tuhoe raid and the foreshore and seabed confiscation can’t fathom why the Maori Party wouldn’t support Aunty Helen, which is of itself an example of the problem.

Rather than challenge the petty racists within NZ, Aunty Helen dumped the ‘closing the gaps’ policy aimed at reducing the negative social stats Maori have.The petty redneck racists screamed that this was ‘favouring’ Maori, and instead of pointing out Maori had lost 95% of their land in a century, Helen simply rolled over and shut down any reference of ‘closing the gaps’. She was too frightened to remind white NZ that their privilege has left Maori behind.

Rather than demand the Police stop their illegal raid of Tuhoe, Helen Clark allowed it to happen knowing that looking tough on law and order would help her. There were no terrorists, but the Police had blown $14million on illegal surveillance and when you have thrown away that much money for hunting monsters, you have to find a monster. So rather than challenging the Police’s illegal and racist fantasies of terrorist training camps, Helen allowed it to occur.

When Helen Clark passed the largest land confiscation in NZs history by seizing all the foreshore and seabed she did so knowing that she was going over the top of the judicial process. When the Appeal court declared that Maori had a case to argue the confiscation, what did Helen do? Why she just legislated the theft.

Rather than challenge the redneck racists who thought the issue was about Maori stealing their beaches, Helen played to those racists.

This is Helen’s record, playing to racists and treating Maori appallingly, and she holds this record up as a reason why she should be the head of the UN.

Of course the Maori Party should turn its back on Helen Clark.