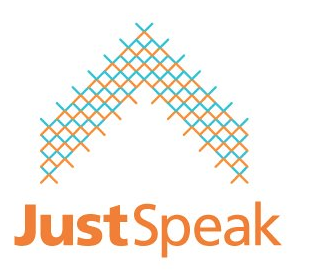 I want to congratulate you for the role you have played in developing the Social Investment in the Justice Sector initiative. It has real potential to bring an evidence-based approach to the sector, through the use of the Integrated Data Infrastructure and Treasury’s CBAX Cost-Benefit analysis. I look forward to seeing the financial and social benefits of this approach as Government re-invests cost savings in approaches which produce effective results.

So imagine my disappointment when within a week of the launch of the investment strategy, Government announced a budget blowout of $45m on prisons, and a further $41m above baseline funding to cope with pressures on the prison network. Total spending on prison services is nearing $1 billion a year.

If there is an area in the criminal justice sector that could reap substantial savings through a social investment approach, reducing prison numbers must be it. The prison population is likely to reach 10,000 prisoners by the end of the year. Between February 2014 and 2016, the remand population increased by approximately 40% and remand prisoners accounted for around 90% of the increase in the last year. Remand prisoners now make up 36% of all prisoners and only half of them will receive a prison sentence.

We can reduce our prison population without compromising public safety by applying a Social Investment approach as has been done in other jurisdictions. The December 2015 Alaska Criminal Justice Commissions report on the Justice Reinvestment Initiative (1) is a striking example of what can be done, when a Social Investment strategy is applied to the reduction of the prison population. Their recommendations are projected to reduce the average daily prison population by 21 percent by 2024, achieving an estimated net savings to the state of $424 million over the next decade.

In May of this year, the Alaska Senate passed a bipartisan criminal justice reform bill aimed at reducing the state’s prison population by reforming bail, sentencing and pre-trial supervision, in ways that sponsors say would lead to quicker court dates and shorter prison terms for nonviolent crime (2).

Both Republican and Democratic lawmakers called the bill a “paradigm shift” that would change the way criminal justice works in the state. They also said it isn’t just about cutting costs, but about reversing troubling trends — particularly the statistic that two-thirds of all inmates released from state facilities go back to jail within three years.

The ‘paradigm shift’ referred to above, is not unique to Alaska; there is substantial evidence of efforts across the United States to reduce incarceration levels. In Texas, between 2008 and 2013, incarceration rates in Texas fell by 10 percent, while overall crime rates sank 18 percent. Three prisons have closed, and it has seen a 25 percent reduction in its recidivism rate. Additionally, Texas taxpayers have saved nearly $3 billion in prison costs and have enjoyed their lowest rate of crime since 1968 (3). Savings have been reinvested into Drug Courts and community based rehabilitation. The trend to downsize prisons in the USA has been well documented, and Ministry staff should be able to access that research with ease.

It is a policy that the Robson Hanan Trust has supported in recent years, and the issue is part of Justspeak’s campaign on mass imprisonment. I wrote a monograph on the topic in 2015, from a New Zealand perspective – ‘If Prisons are a Cause of Crime, why not reduce the numbers’(4).

In all the recent discussion about reducing crime and reoffending, I have not seen anything to suggest that downsizing prisons is an option. It will not be easy, and it will not occur in the absence of political will. This is where the Social Investment initiative comes into play. The experience overseas is that the public will support political leadership on this issue. Money matters. There is a bigger bang for the buck available without comprising public safety. In my view the time has come when we are facing a prison population of 10,000.

Futures are not inevitable but are chosen.