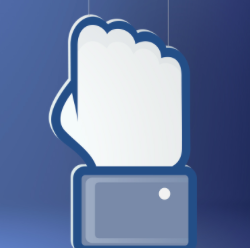 The internet is liberating, it gives me choice, a chance to connect, unlimited access to information and it makes me feel powerful to know it is at my fingertips.

A variety of candidates are building their digital power base for this year’s local government elections because they want my vote. However, between Facebook and my vote there’s a yawning digital divide where the power to bring about real change evaporates.

The Living Wage Movement is going to be active in these elections. It will call for council candidates around the country to support a Living Wage so public money is spent to support healthy local communities. That call depends for its success not on a Facebook group but on social organisation, an infrastructure that enables us to act in unison for a common purpose. That’s not digital power, but power rooted in a social fabric of collectives woven together over time through conversation and joint action. Such a social fabric existed once.

In 1914 the Workers Education Association opened its NZ chapter to advance the idea that working people should have access to the learning that was only available to the moneyed privileged classes in our society.

In 1939 the Back of the Yards Neighbourhood Council was founded in Chicago alongside the meat Packinghouse Workers Union led by Saul Alinsky. That neighbourhood brought together the organisations that played the biggest part in the lives of people there: the immigrant groups, the Catholic Church and the Union.

More recently in NZ, and within many of our memories, credit unions and union health services emerged across NZ for unionised workers, alongside workingmen’s clubs, churches and schools. “We are the union, the mighty, mighty union” we chanted on hotel picket lines in the ‘80s.

These were mediating institutions that provided the infrastructure for workers and their families to cope with the challenges of daily existence; that embodied solidarity or collectivity; and, that enabled activists, in the words of sociologist C. Wright Mills, to turn “private troubles” into “public issues.”

The 1991 de-regulation of the labour market signalled a new design at work in which the market would dominate, facilitated by the state, and civil society would founder. This was an age of individualism.

The internet theoretically came to our rescue because it allowed us to turn our “private troubles” into “public issues” day after day, hour after hour and minute after minute, on Facebook and Twitter, creating the new network infrastructure in our increasingly private and insulated lives.

The only problem is that we no longer own the new infrastructure, we didn’t design it and we are not doing the work required to build, maintain, refresh or give life to it in the way we might have done in past neighbourhoods, churches and unions. The infrastructure is owned by the corporate giants, like Google and Facebook; they hold the power and we are its servants.

Critiques of Facebook and big data are common now and challenge the idea that we have a great new tool to organise mass rallies, connect in solidarity and challenge injustice. Dismembered, deconstructed, commodified, commercialised – all while we are sleeping in our beds – taking a few hours out before resuming the “work” of tapping into the corporate machine of social media with our likes, dislikes, activities, opinions – and maybe the “star” we most resemble after answering 10 key questions.

Plenty of us worry about the growth of individualism and the exploitation of workers without union rights that bring some balance to the employment relationship.  Workers don’t volunteer to be exploited. They need money because they need to live, and so generally grab the work if and where they can, on the terms offered.

But the work we do for our Masters of Surveillance and Big Data is entirely voluntary, and it’s free of charge.  It takes individualism to whole new levels where the fragments of our private selves (our likes, dislikes, and the “star” we resemble) are extracted and re-organised as products for use or sale to make massive profits.

We do this social media thing because we are freely connecting with people, events, and issues. There are so many people I don’t have time to keep up, so many events I am scared to look at the list, so many birthdays I am embarrassed I missed, and so many groups I didn’t ask to join but I couldn’t possibly leave. But don’t get me wrong here, I am not leaving – I am a willing victim.  That is the success of the Facebook machine. Perhaps the Romantic of the future will express heroism, mystery and idealism by ending their relationship with Facebook and Big Data.

The future Romantic will dream of reversing the atomisation of our private and public selves that has made us the exploited product of social media giants. In the future Age of the Romantic we may hark back to an era in which we were social beings talking and acting together in pursuit of common goals for the common good, and where the institutions, such as unions, stepped out into civil society to share the stage in our call for shared goal, such as a Living Wage that pays the rent or supports quality education and health care. After all we all pay for low pay.

One of our Living Wage questions that brings together different classes, races and faiths in a connection that build relationships, aspiration and hope is simply; “what matters to you and your family.” It’s a whole person question, it is the person in their whole context, and it’s best asked in person.

We want our individual freedom and the powerfulness we feel as an individual on the internet but we also need the emotion inherent in the real life relationships that strengthen our social solidarity.