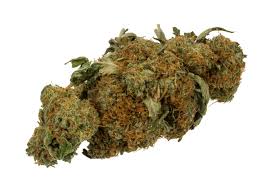 In the end, it won’t be the immorality of making heroes like Helen Kelly into criminals to gain pain relieving cannabis, it won’t be the madness of imprisoning people pointlessly and it won’t be about the outrageous search powers it gives the cops, it will be money.

The numbers are clear…

Decriminalising cannabis would generate money for the Government and ease pressure on New Zealand’s courts according to an informal Treasury report.

The documents obtained under the Official Information Act by Nelson lawyer Sue Grey came from an internal forum at the Treasury “designed to test policy thinking on a range of issues in the public domain,” Finance Minister Bill English said.

The documents reveal Government spends about $400 million annually enforcing prohibition whereas decriminalisation would generate about $150m in revenue from taxing cannabis.

…so not only will it generate $150million per year in revenue, it will save another $400 million in policing.

What could we get for $550million per year?

So instead of locking up NZers, empowering organised crime and causing counter productive social problems, we could feed every hungry kid, shelter our most vulnerable and put money back into the pockets of mums and dads sending their kids to school.

It is time we grew up about cannabis and started acting like adults with it.