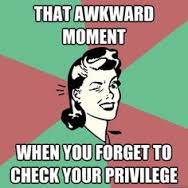 Recently I spoke at a political meeting taking the opportunity to inform people of the ethnic breakdown of voter data; using that information to unpack ideas on why indigenous and migrant communities felt disengaged and therefore weren’t voting. In my own area of the Otara subdivision, only 29 per cent of eligible voters returned ballot papers – well below the greater Auckland average. And the data speaks for itself: older, wealthier, housed and white voters had a much higher rate of ballot return. That’s what the data tells us so our challenge is to encourage a better ballot return from younger, poorer, transient and brown voters. Quite simple really. The theme of my talk was premised on a basic point – don’t leave our future and destiny in someone else’s hands.

The international evidence looking at the experiences and preferences of Black communities in the US, First Nations people in Canada and Aboriginal communities in Australia have some stark similarities. Many “disengage” because they fear being identified as indigenous; they choose not to vote consciously as a protest to their ongoing marginalisation or they’re so pressed in the circumstances of life that registering to vote and voting itself becomes either a very low priority or mammoth mountain to overcome. And these are just a few of the reasons and put in very simple language without the space here to offer a deeper analysis.

So it was with some disappointment (although not really given my experiences whenever I speak at conferences or give lectures) that I received a few complaints from white people who said I had made a personal attack on them. That my comments about the election data made them feel as if they were forcing their will on the rest of us. Whilst its not my style to make personal attacks, this type of complaint comes as no surprise to me as its not unusual for people who don’t have a means to critically reflect on real-life data and information to react this way. In critical race theory this is the case when the so-called liberalised privileged person realises that they may need to cede some of their privilege; some of their power. Of great fascination to me though, is why these people don’t just come up and talk with me about their objections rather than going thru other people who tell me days later. Mind you, politics on the left is renown for this kind of behaviour.

Talanoa is a Pasifika qualitative methodology that invites us to approach research in a culturally specific and sound way. Similar to the tenets of critical race theory it can challenge the pervading norms in society by telling and re-telling your story, your experiences and your realities. As a researcher a key skill required in this form of research and inquiry is the ability (and humility) to listen. And herein lies the issue for me. That if we’re to be given the space to participate in progressive politics, the very least required by those who’ve been in the business for a long time, is to listen. Because all too often as I’ve observed in just one 3-year term of local govt politics, the enemy to those of us on the margins participating, has been the imperial arrogance and refusal of those at the so-called core, to listen.