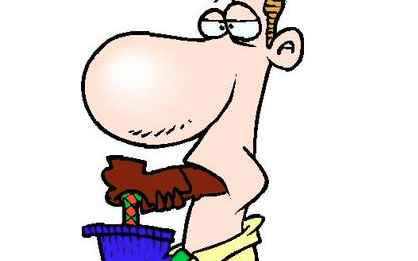 “I won’t be wanting to see any hint of arrogance creeping in… One of the big messages I’ll be wanting to give incoming ministers and the caucus is that it is incredibly important that National stays connected with our supporters and connected with the New Zealand public.“ – John Key, 22 September 2014

It appears that Finance Minister, Bill English did not get the memo from Dear Leader Key’s office:  “Dont get arrogant!”

On 29 June, near two years after Key’s warning, Bill English’s cockiness has landed him in deep, fetid water when he responded to a question from Labour’s Grant Robertson in Parliament;

Grant Robertson: “Does he agree with the statement of Pope Francis I that “Inequality is the root of social evil”,  given that inequality has risen in New Zealand on his watch, and is it not time he got back to confession?”

Hon Bill English: “… There is no evidence that inequality in New Zealand is increasing. “

A day later, interviewed by an exasperated Guyon Espiner, English again denied that inequality was increasing in this country. English’s tortuous mental and verbal gymnastics to deny rising inequality was utterly unconvincing and judging by the tone of his own voice, he wasn’t convincing himself either;

English’s assertion that inequality in New Zealand is not rising beggars belief, when nearly every metric used has come precisely to that conclusion.

From the Salvation Army, last year;

The Children’s Commissioner reported on increasing child-poverty, rising by  45,000 over a year ago to now 305,000  children now live in poverty;

Statistics NZ’s report on the problem was unequivocal – “Between 1988 and 2014, income inequality between households with high incomes and those with low incomes widened“;

1988 – When Rogernomics began in earnest. What a surprise.

Interestingly,  income inequality fell slightly in 2004, when Working for Families was introduced by the Clark-led Labour Government. Working For Families was the same policy derided by then-Opposition Finance spokesperson, John Key, as “communism by stealth“.

From the last bastion of “radical marxism”, the OECD, came this damning report on rising inequality in New Zealand impacting on our economic growth;

The Report stated that “rising inequality is estimated to have knocked more than 10 percentage points off [economic] growth in Mexico and New Zealand“.

And even our Dear Leader once admitted that New Zealand’s “underclasses” was growing;

So, is everybody – including Bill English’s boss – wrong?!

Is Bill English the sole voice-in-the-wilderness trying to spread The Truth, whilst everybody else – including faraway OECD – is wrong?!

Or has he run foul of Dear Leader’s prescient warnings not to become arrogant?

Enjoining the poor to ignore hunger and simply “Let them eat cake” did not work out well for a certain person 223 years ago. Bill English may not lose his head over his obstinate refusal to see the world around him – but he may lose the election next year.

So for Bill English, on behalf of those who are low-paid; homeless; unable to afford to buy a home; unemployed; poor; and will be spending tonight in a car or an alleyway, I nominate Bill English for a Foot In The Mouth Award;

Radio NZ: A third of NZ children live in poverty

OECD: Trends in Income Inequality and its impact on economic growth

Newstalk ZB: Demand for food banks, emergency housing much higher than before recession