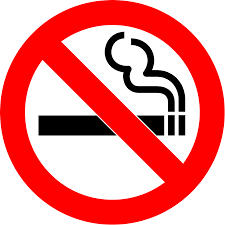 Budget 2016 saw the Māori Party score another set of annual excise tax hikes, seeing efforts to further decrease the number of smokers continue to 2020, and the cost of smoking to rise by up to $30 in the same period.

In the weeks since, some have come out in support, or have come out swinging calling this increase racist. Others have called it a cash grab, saying the rises are estimated to increase the tobacco tax take to $1.8 billion, and this is simply a broadside on working people ‘who have few enough pleasures as it is’.

We know that price point changes are arguably the best incentive to not only stop smoking, but incentive not to start in the first place. 2015 stats show smoking prevalence has fallen to 17 percent since 2010, in line with increases to the excise tax hikes initially gained by the Māori Party. Youth smoking in particular has reduced significantly, more than halving to six percent. While smoking incidences among young Māori have not dropped as fast as we would have liked, there is progress, with stats showing Māori are smoking less cigarettes per day than previously.

More importantly, youth, the most price sensitive demographic, have been significantly deterred from smoking, with a 2014 ASH survey showing persistent reductions among regular youth smokers and significant increases in youth who have never smoked. This means we are progressing toward a smoke free generation.

We are now at the sticky end of business, progressing our goal of Smoke Free 2025. That means we need to keep our support for those of us that are struggling to change our behaviours.

The education campaigns and other policies targeted at youth are working, as evidenced by the rapidly declining uptake in smokers under the age of 15. However we cannot just sit back and wait for the current smokers to die off to eradicate smoking in our society. We know that 85-90 percent of Chronic Obstructive Pulmonary Disease cases are caused by smoking, and that this disease affects around 200,000 New Zealanders. We know that Lung Cancer causes around 300 deaths each year among Māori only. With around 1,800 new cases each year, patients are not expected to survive past five years from diagnosis. What many are not as aware of is that respiratory issues are not the only outcomes from smoking while pregnant or raising baby, with smoking being one of the lead causes of Sudden Infant Deaths (SIDs) in New Zealand. These are largely preventable outcomes.

If a child grows up in a smoking household, that behaviour is normalised and leads to them being four times more likely to pick up smoking than a child from a non-smoking home. If not for any other reason, this is why we need to deal with smoking more urgently.

Yet there are numerous, related reasons that bring Māori communities to my office seeking further support to bolster smoke free initiatives. We can treat the symptoms of tobacco addiction through dis-incentivising smoking while promoting healthier alternates to further reduce cravings. Through electronic cigarettes, the method of tobacco ingestion is much less damaging through water-based vapours than carcinogenic, combustion based traditional cigarettes. To wean you off tobacco products, you can buy cartridges with varying levels of nicotine, designed to allow you to adjust to lower nicotine levels. This adds to the already myriad of existing quit smoking packages, including nicotine products and psychological treatment. However these devices are not yet included in the suit of cessation measures and vial of nicotine must be purchased online from overseas, creating a potentially dangerous and unregulated market.

Nonetheless, we need to adopt a holistic approach which would ensure that whānau members who are feeling the pinch of smoking are helped along the cessation path with support services they need around them. This means looking at the causes that led whānau to smoke in the first place.
Most whānau I have talked to tell me three common things, first that their smoking started as a teenage or young adult, two that if they could stop, they would, but they are addicted. However the main reason they communicated to me for why they still smoke or have returned to smoking, is stress.

Stress often goes hand in hand with poverty and that smoking is a supposed reliever. Results from the 2014/15 New Zealand Health Survey show that 28 percent of adults in the most deprived areas are smokers. Poverty, often associated with a high prevalence of tobacco use, when combined with its addictive nature, a vicious cycle is created, and further exacerbates the situation. The addiction itself also adds to stress levels.

We have taken a look at how we are exposed to smoking and we have recognised the impact packaging and advertising has, not only through TVs but in our day to day activities.
In 2012, then associate Health Minister and founding Māori Party Co-leader Tariana Turia announced tobacco displays would be banned, making them hidden from plain sight. This on top of her efforts that saw duty-free tobacco limits reduced fall from 200 to 50 cigarettes. To further protect our tamariki we need to ensure areas where they frequent are smoke-free so we’ve continued Whaea Tariana’s advocacy for cars to become smoke free. These efforts culminated in Hon Sam Lotu-Iiga announcing shortly after Budget 2016 that smoking exposure would be further hit with plain packaging to come into force early next year. This legislation first brought by Tariana sat in limbo for two years. Smoking isn’t palm trees and sunny holidays as some packaging suggests.

When I was in Perth earlier this year, smoking was such a rare occurrence when out in public. The local cafe area wasn’t segregated with smokers outside and everyone else shying away from the haze inside. A group of restaurant, bar and café owners had got together and collectively decided they were doing away with smoking outdoors in voluntary smoke free spaces. Wellington City is pitching in as well, announcing its intention to become the first smoke free capital city in the world.

This was proof to me that you don’t need to be reliant solely on regulation and Government to get our nation to meet this goal of Smoke Free 2025. We need to have the grass roots in the charge as well.

Tariana’s efforts were recognised when she received the Luther L Terry Award in March last year. This despite the multitude of obstinate people denying the impact these measures are having, with some even going so far as to call the Māori Party #kuiastate, or calling us out of touch with ordinary Māori for daring to aspire for a healthy, smoke free New Zealand.
This is not an act of discrimination against a group of people. It is enabling our whakapapa through saving lives and addressing some of the leading causes of emphysema, asthma, chronic obstructive pulmonary disease, lung cancer, bronchitis, sudden unexpected death in infancy and pneumonia.

It’s about whakapapa, and reducing smoking related illnesses that debilitate our peoples’ lives.