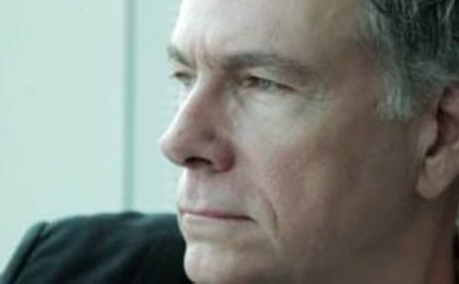 PICTURE HIM. He’s in his late 40s, tall, greying hair elegantly styled. His suit is Italian bespoke, from the immigrant tailor with the studio just around the corner from his favourite pub. His basic salary is safely into six figures (Sterling) and his bonus this year was spectacular. What does he do? Basically, he answers questions about the future. Where is the market going? Where will oil be in six months’ time? What’s happening to gold? Who’s putting what where? Which commodities are trending up? What’s going down? It’s not his money, of course, but even so, he’s got to be right at least as often as he’s wrong. Fortunately, he wears the pressure every bit as stylishly as he wears his Italian suit.

Not that he’s one of those Old Etonian, Oxbridge toffs like David Cameron or Boris Johnson. No, no. He received his secondary education at the local grammar school and graduated from a respectable red-brick university. Displaying a rare aptitude for student politics, he was swiftly taken up by the leading lights of the University Labour Club. A vacation job in the office of his local Labour MP led him into even higher-powered political circles. Upon graduation a job was waiting for him at Westminster. His boss was only a junior minister outside Cabinet – but widely regarded as a rising star. Our boy rose with him.

He met his wife in the lobby of the House of Commons. She was working for a Tory shadow minister of roughly equal rank to his own. Their backgrounds were remarkably similar – apart from the fact that, in her case, it was the University Conservative Club that had spotted her political talents. “Just think,” she teased, “if Labour had been quicker off the mark we might have been colleagues!” They were married on the country estate of her boss. “Marquees everywhere and Krug by the case! Not bad for a grammar school boy!”

The installation of the Conservative Lib-Dem coalition government in 2010 saw him snapped-up by a major financial institution in the City. His networks were impressive and his understanding of the UK economy even more so. What his new employers most admired about him was the ease with which he carried his many and varied talents. On neither shoulder were there any discernible chips. Gregarious, good-natured, and the proud possessor of one of the finest hip-hop collections in London, even the toffs liked him.

If he really was as good as everyone (including himself) thought he was, however, he should have spotted the enormous risk Cameron was taking when, in 2013, he promised an In/Out binding referendum on EU membership. His wife’s parents had friends who were members of UKIP, and they were worried. “David doesn’t really have a very good grasp of the provincial middle-class mind”, they vouchsafed to their son-in-law. “We don’t think he understands the degree to which he’s putting his future lies into the hands of the English working-class.”

He saw the irony, of course, but 2013 was back in the BC – Before Corbyn – era. “Labour is rock-solid for the EU,” he reassured his wife. “Cameron’s as safe as houses.”

Corbyn was the game-changer. None of our man’s friends in the party saw the old bugger coming. With his beard and his bicycle – and his penchant for defying the Whip – Corbyn was regarded as a rather poor 1980s joke. Like the Scottish National Party, he was not to be taken seriously.

Our man simply could not fathom how Corbyn, like the SNP, had been able to shake Labour to its very foundations. Neither of them grasped the impossibility of their dreams. The old fool and his followers didn’t seem to understand that the world had moved beyond the restorative policies of an ageing Trotskyist from Islington. Like Scotland, he just didn’t have the right sort of resources, or the right sort of friends.

His wife’s people reported that the shires were in open revolt. The dragon’s teeth that, year after year, UKIP had sown among the fields and hedgerows of “Little England” had grown into a veritable Game of Thrones collection of unstoppable fire-breathers. And who was that, sitting astride one of their scaly necks, looking for all the world like Daenerys, Mother of Dragons? Bloody Boris Johnson – that’s who!

Which meant that it was now up to Labour to save the day. Meaning it was up to Corbyn to save the day. Apparently, he knew how to talk to working people. He’d persuade them to get out and vote for “Remain”.

Our man’s wife was sceptical. “Corbyn’s a Londoner, darling, and I’m not sure a Londoner is the right sort of person to persuade your party’s ‘Friends in the North’. Indeed, I’m not sure that Labour any longer has anyone who can speak to the working-class of this country about the things that matter to them.”

Our man wasn’t convinced. Weren’t the polls shifting back towards ‘Remain’? Hadn’t the tragic assassination of Jo Cox reminded the working-class who their real friends were? When his bosses asked him which way the electorate was going to jump, he gave them his most winning smile, and told them not to worry. At the end of the day, the people would know what was good for them.

That advice cost his employers a great deal of money. There’d be no bonus this year to pay for the boys school fees. Never mind, there was always politics. Labour was in dire need of some sound advice. He reached for his cell-phone and scrolled through his contacts until he found the number.

The accent at the other end was pure Oxbridge: “Good Lord, old chap, how long has it been? To what do I owe the pleasure?”