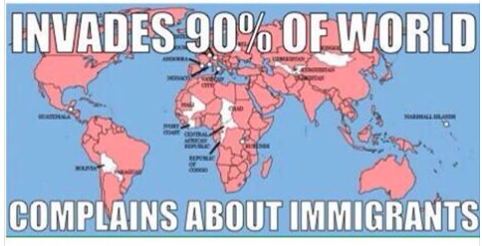 My Facebook home page is awash with post-Brexit expressions of disbelief and horror. So many people appear aghast at the stupidity of the Britons who voted for a possible mass economic suicide.

But let’s pause for a moment and think about who the real idiots are.

The real idols are not the pensioners or the angry uneducated working class who voted to leave Europe; these people are just the victims of extreme inequality and its consequences.

The real idiots who should be held responsible for this self-inflicting harm are, in fact, the highly educated elites whose idiotic economic policies have divided the British society, undermined its democracy and damaged its economy.

A third of a century ago, Ronald Reagan and Margaret Thatcher re-wrote the economic rules of the US and the UK. The economic reforms they introduced were promised to bring a greater prosperity for all. The actual results were very different.

In the US, the outcome was a slower economic growth that benefited only the top 10% and resulted in stagnant income for 90% of people and a decline in income for the bottom 50%.

Today, the median income of a full-time male US worker, adjusted for inflation, is the same as it was 40 years ago. But things are even worse at the bottom. The minimum wage in the United States is now lower than it was 60 years ago. Isn’t that astonishing?

In the UK, the percentage of income going to the top 1% has more than doubled since 1980. The UK also has one of the highest levels of inequality in opportunity resulting in intergenerational transmission of inequality. Life is easy for the Britons born to rich parents, the rest must work longer hours to pay down debts or constantly struggle to make ends meet on benefits.

It is not surprising then that there are so many angry people in the UK who want to see a change.

Yes, they are barking at the wrong tree by imagining immigration and Brussels to be the prime sources of their misery but they are right to think that things were better in the past.

Many of the leave voters were baby boomers who had experienced the golden age of capitalism.

For the Brits, the best years came in 1960s but this 1957 speech by the British Prime Minister Harold Macmillan captures what the golden age felt like in Britain:

“Let us be frank about it: most of our people have never had it so good. Go round the country, go to the industrial towns, go to the farms and you will see a state of prosperity such as we have never had in my lifetime – nor indeed in the history of this country.”

Free higher education helped intergenerational mobility, the growth in home ownership ensured stability and security and the improvements in the standard of living brought the first taste of exotic food and package holidays to Europe.

In fact, those were really the days. So when the Brits say they want their country back what they really mean is they want those golden days back.

But the golden days came to an end and the Regan-Thatcher economic policies did the opposite of what it had promised to do. Instead of trickling down money from the top to the bottom, it moved money from the bottom to the top.

A third of a century on, the policymakers still refuse to re-write the rules of the market economy despite the insidious forces that rising inequality has unleashed.

Amongst these dark forces are the rise of far-right nationalist groups in Europe: UK Independent Party in the UK, Golden Dawn in Greece, National Front in France, Party for Freedom in Netherlands, Alternative for Germany, etc.

It turns out that rising inequality is bad for the social fabric of our society as well as our economy. Policymakers have known all this for a long time but have failed to do anything about fair distribution of income and wealth.

So, who are the real idiots here?

The real idiots are the lawmakers whose economic policies prepared the perfect conditions for the Brexit in the UK and the rise of Donald Trump in the US.

The real idiots are the well-dressed, gently spoken, highly educated, mostly men, who plan perpetual wars around the world that lead to terrorism and refugee crisis.

The real idiots are the politicians whose inability to act on climate change and the nuclear threat is pushing humanity to the precipice of extinction.

And the even bigger idiots are those who advocate and believe in the American and British economic model claiming that it is the best of bad alternatives.

Not so. The Nobel laureate economist, Joseph Stiglitz, believes tackling extreme inequality is an achievable goal.

“It’s time to rewrite the rules―to curb the runaway flow of wealth to the top one percent, to restore security and opportunity for the middle class, and to foster stronger growth rooted in broadly shared prosperity.

Inequality is a choice.”

Stiglitz’s book “Rewriting the Rules of the American Economy: An Agenda for Growth and Shared Prosperity” is a rescue plan for the American economy.

Professor of economics and former Finance Minister of Greece, Yanis Varoufakis, has created an organization called DiEM25 to democratize Europe and bring a greater transparency to its operations.  Varoufakis writes: “ There must be another course. And there is!”

The Labour Party in the UK has established the Economic Advisory Council to advise the Labour Party on its future macroeconomic policies. Encouragingly, Joseph Stiglitz is a member of the council. The Labour Party has also commissioned a full review of the UK’s economic institutions.

The New Zealand Labour Party’s “The Future of Work” conference and commission has also been very impressive.

The future is in a green, sustainable economy that aims towards a shared prosperity. “ There must be another course. And there is!”