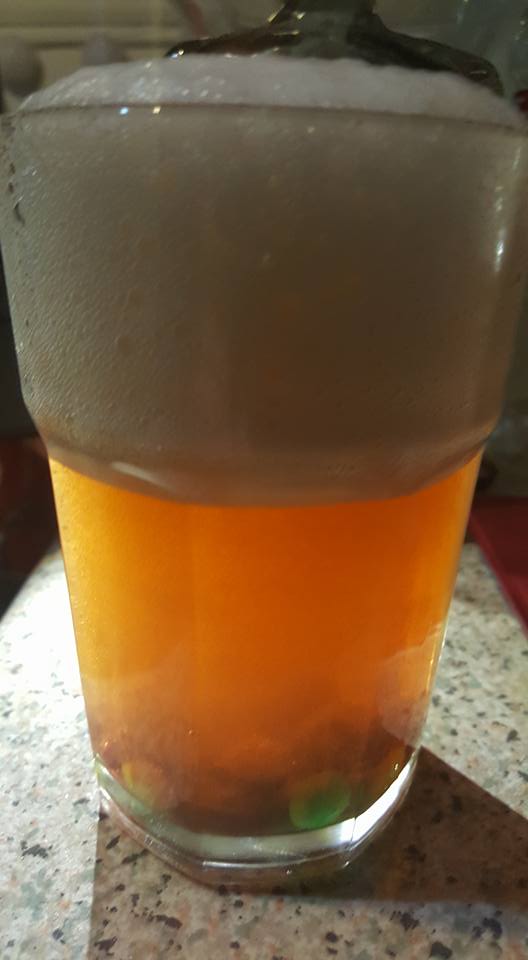 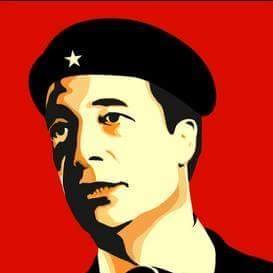 Well that was a bit momentous, then, wasn’t it. Yesterday, seemingly everybody – politico or pedestrian – was glued to their tv set or twitter-feed waiting for the results of the #Brexit referendum to be released.

And, as soon as the count started making a Leave reality seem more and more plausible, it was game on to attempt to ‘define the narrative’ for how this struggle – and this victory – would come to be regarded going forward.

From the Right, the divisions had long been clear. Opponents of the E.U. would – rightly or wrongly -regard a #Brexit as a substantial win against the heavy, suffocating and stultifying hand of Brusselian legalistic interventionism within British sovereign affairs. Supporters, by contrast, who often tended to come from the more ‘elite’ end of the influence spectrum sought to portray the broad swelling mass of LEAVE voters as racists and an iconoclastic mass who – like the baying Christian mob seeking to burn down the Library of Alexandria – were about to tear asunder something of immense civilizational value. And, not coincidentally, panick the hell out of global markets and stock exchanges in the process.

There are presumably no surprises there.

But on the Left … I was minorly amazed to see much the same narrative as the latter being pushed across with great force and emphasis from all across the spectrum. Idealistic liberals chewed their fingernails fretting about falling markets. Nominal workers’ rights advocates decried leaving the very same arch-neoliberal institution which had so successfully done over workers in a slew of countries like Greece, Ireland, Spain, France, and Portugal in recent years. Brazen Marxists ranted impassioned posts about how we ought to eschew the Great And Impersonal Forces Of History Which Are Presently Aligning With Our Class Interest, And Instead Side With Goldman Sachs Because There Are A Few Unsavoury People Leading The Leave Campaign.

The forces railing against the democratically expressed wishes of millions of Britons (who can’t all be problematic Faragists, by the way – the UKIP scored 3.8 million votes at the last election, while #Brexit won a much heftier 17 million) now range all the way from the UK Conservative Party through to a large majority of UK Labour MPs, and from thence out into an impressively broad spanning milieu of nominally liberal-left voices the world over. Our own James Shaw among them.

I thought striking a blow against the neoliberal economic edifice and empowering the voice of the common man was supposed to be pretty much at the core of what it was to be ‘left wing’. Guess I’m “old fashioned” like that.

So why are so many Lefties lamenting “losing” Brexit? Surely they should instead be celebrating a rare post-GFC victory against the policies, politics, institutions and insidiousness of Austerity? Didn’t we all just link hands and promise a popular uprising against the TPPA stealing away our national sovereignty and lawmaking ability? Isn’t a rejection of the E.U.’s hold over Britain an action to be portrayed in exactly the same spirit as that? What happened to screaming “SOLIDARITY WITH SYRIZA” and pledging fervent, trenchant, undying opposition to the Merkelreich in the name of the ordinary common man.

Do we abandon all that because on this particular occasion we’ve collectively found ourselves on the same side as Nigel Farrage and Boris Johnson?

According to some people, apparently so.

And to be fair, there are serious concerns as to the beliefs and attitudes of some of the more *ahem* “vigorous” proponents of anti-E.U. (quasi)-xenophobia. Racism, where it exists, ought unquestionably be censured and combated. The use of violence to silence a dissenting voice and end a life in a debate such as this is utterly abhorrent. Nobody of sense seriously disagrees with either of these propositions.

But, as The Other Winston once said: “the trouble with being on the side of right is all the insalubrious company”.

I accept that there are … problematic (to say the least) people (street-)fighting the corner of Brexit. Even as I also note that this cannot be all 17 million of the Britons who voted Leave – and that to insist upon painting every single one as such is to consciously buy into the Elite-Establishment propaganda which regards democracy as a dangerous and “irresponsible” exercise in empowering the prejudices of the Great Unwashed rather than anything saliently worthwhile.

But for many Leftists around the world, supporting – even from afar – the Brexit efforts were not about racism, or reactionary hard-right politics. Not even close.

Instead, we saw one of the largest, greatest and most influential Neoliberal institutions of our time become vulnerable. The same multi-headed Austerity-spewing twelve-starred Hydra which had so successfully brought the Greek economy to its knees in ongoing fiscal servitude. That identical beast whose influence moved to suspend democracy in Portugal last year; and whose pernicious fiscal impacts have been felt by working people across a half a dozen less well off Eurozone polities over the last decade.

International Political Economy literature makes reference to what’s known as the “Golden Straightjacket” of neoliberalism – that set of fiscal conditions and prescribed policy settings (usually imposed down from above and without) which countries are “supposed” to pursue in order to advance along the pathway towards economic “prosperity”. That’s what the E.U. imposes upon its memberstates, and it’s why both Spain and Portugal were recently facing serious economic sanctions from the same economic organization. It’s interesting and telling to note that in at least Spain’s case, these were put off and deferred while the #Brexit campaign was running – evidently the Eurocrats didn’t want to spook the British population further by overtly reminding them of the sorts of conditions and impositions on economic sovereignty they don’t hesitate to impose upon member states.

This is why well-noted revolutionary-progressive institutions with obviously pro-worker agendas such as Goldman Sachs, JP Morgan, Citigroup, Morgan Stanley etc. poured millions of dollars of their own money into opposing the Brexit campaign. Because they love the kind of pro-Market, pro-neoliberalist impositionalist-interventionist action which the E.U. represents.

So if people want to decry the successful Brexit outcome based around the fact that some unsavory types have made common cause with anti-Austerity advocates and pro-democracy enthusiasts … I would respectfully contend that the list of voices calling for a Remain vote also contained a not insignificant number of arguably seriously evil people pushing their own quasi-ideological if not outright self-interested agendas.

After all, those big banking firms I just mentioned aren’t exactly in the habit of ‘altruistically’ throwing money at things unless there’s some tangible payoff for them in so doing.

And besides – haven’t you heard? These days many on the ‘far right’ WANT to be part of the European Union.

But to be fair, there are some arguable successes which proponents of the E.U. can point to as reasons for supporting its continued presence and existence. Issues requiring interstate co-ordination such as attempting to tackle climate change and preventing armed international conflict are unquestionably going to be more effectively dealt with at a supernational level. This presumably helps to explain why some persons of a left-liberal disposition have been more upset about yesterday’s developments than left-nationalists – because their world-view is so much more inexorably hard-wired to be based around what’s known in IR theory as liberal intergovernmentalism, and is thus pained to see one of the premier institutional embodiments of same in a situation of peril.

However, to these people I would also suggest that Brexit represents something of an opportunity rather than ‘merely’ a crisis.

It is widely agreed upon that whatever its relative merits (or faults), the European Union remains a problematic institution for a number of reasons. Its conscious and overt lack of response to democracy (the process by which the Lisbon Treaty was rejected and then rammed through springs instantly to mind), as well as its overreaching hand when it comes to imposing potentially deleterious economic conditions upon memberstates mean that it faces an ongoing crisis of legitimacy in the minds of many of its nominal subjects.

If you’re serious about the European Union remaining as an enduring institution on into the future – rather than succumbing to some sort of drawn out succession of creatively named toppling domino trend (can we say “Departugal”?) – then the E.U. needs to be reformed. The fact that an arguably crucial linchpin memberstate can merrily decide that the costs of remaining entangled outweigh the reputed benefits of membership and decide to detach to go off on its merry way may very well serve as the necessary wake-up call for the small army of committed Eurocrats and fellow travelers running the institution that change is needed lest an ossified institution suffer a continued series of fractures and breaks.

Or, it might not. And New Zealand may find itself with a plethora of freshly minted new trade opportunities with recently-orphaned European economies in consequence to look forward to instead.

However it plays out in practice, Friday’s referendum result remains decidedly important for two reasons.

First and foremost, because it has helped to chisel away another bit of the neoliberal ‘cult of inevitability’ which surrounds so much of how we do things today economically. The traditional antidote to the TINA (There Is No Alternative) mantra of Rogernomics and other instances of Crisis Capitalism is to intone that “Another World Is Possible” (although AWIP isn’t quite as catchy an acronym). Yesterday’s vote helps to break us out of the previous mindset wherein certain elements of the politico-economic terrain were treated as fixed and inviolable rather than mutable and subject to challenge (or, for that matter, renewal).

The institutional framework behind “Austerity” is no longer invincible.

We have, to quote a certain other work of pop culture about a great multinational confederation attempting to impose something on Greece, “made a God bleed” – and realized in so doing that he is mortal.

The second point of importance is closely related to the first, and expresses itself as a far more general notion.

The tool with which a majority of the British people expressed their will against any number of elites yesterday was with democracy. This proves that the hitherto established power-imbalance between the will of those elites and the concerns of more ordinary people (guess which side it was slanted towards) is now unraveling. The same Eurocrat elites who saw fit to ignore a slew of referendum results right throughout the mid-late two thousands on matters relating to the E.U. will be thinking very long, very hard and very carefully about doing the same thing today. And ditto for the UK Labour hierarchs who so vaingloriously sought to muzzle Jeremy Corbyn’s previously prominent Euroskepticism in the hopes of making political capital out of going with the Tories on this one.

I’m not sure if the message will percolate down to our own domestic arisfauxtracy any time soon, but it would be decidedly nice to believe that in the wake of some vaguely similar prominent reversals of the Key agenda such as the flag referendum, our own PM and associates might be starting to feel a bit nervous about People Power on the march against neoliberalism and the avowed will of the antidemocratic Elites.

“Dictators ride to and fro on tigers from which they dare not dismount. And the tigers are getting hungry.”

In any case, however this plays out – one thing’s for certain. We’re not in Kansas anymore.

Instead, we’re in the future.