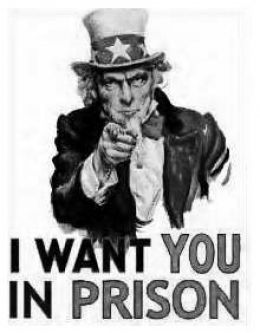 Speaking with sources inside Prison, the Mt Eden Prison riot that has been hushed up this week is just the beginning of a season of prison riots about to explode because of dangerous levels of over crowding.

As our incarceration rate looks to hit an appalling new high of 10 000, another rumour from the tip line is that Police have been geared up to start a crack down with no leniency on anyone who can be thrown inside prison until after the next election. It’s a politically motivated clean sweep of the streets so National voters feel safe in 2017

Expect that prison population to soar. With that exploding rate, prisoners are becoming enraged and angry by the over crowding. that’s what caused the riot in Mt Eden.

Here are the words from one of our sources…

they wanted to transfer about 30 up to Pare cos of overcrowding. The whole of unit 2 in the west division is now remands,and also a landing in c block in pare max. Naturally they didnt want to come to this shithole. Prisons nation wide are at bursting point, especially the womans prison at Wiri which is holding about 400 Psychiatricly disturbed women who should be at the at risk unit,  are being held in the ordinary high security unit, where they are not receiving the specialist care they should be. Likewise the remand units are always full so remands are being held in the management unit where they are only unlocked a cpl of hours a day and are subject to other restrictions, that remands shouldn’t be. In the meantime Corrections propaganda machine feeds the public good news stories of some of the woman doing yoga classes and training dogs for the disabled.

…add a structurally racist justice system alongside a corporation who profits from incarceration and a Police force prepared to be a political tool of the Government, and you have a Prison Empire ready to implode.

If riots start spreading throughout the prison network because that prison network is bursting at the seams, we will have ourselves and this Government to blame.