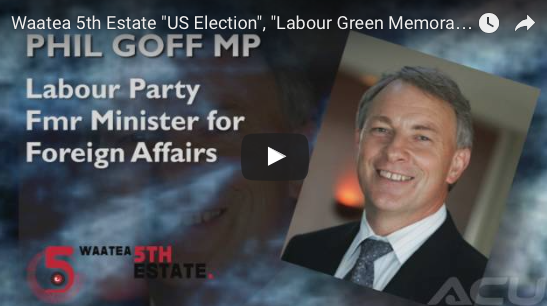 And on the phone – Labour Party MP, former Foreign Affairs Minister and soon to become the next Mayor of Auckland –  Phil Goff and surprise guest – Sir Michael Cullen