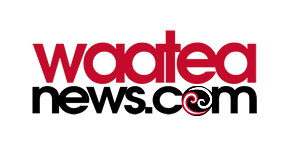 What few political pundits or commentators could understand last week, was the unseemly haste with which the Greens and Labour rushed out their Memorandum of Understanding. While many progressive voters have wanted this announcement for 8 years, the timing seemed odd and the actual details very light, the Green Party AGM in Christchurch this weekend helped answer some of those questions.

The AGM this weekend could have gone very differently from the one it became and the genesis for that began early last year when Andrew Little snubbed the Greens and prevented Metiria Turei from joining him on the Intelligence and Security Committee. This snub infuriated the Identitarians within the Greens (those who see identity and gender politics above all else) and was evidence in their eyes of Labour being just as bad in regards to sexism as National. This feeling merged with the large Blue-Green faction and generated a momentum that was to have peaked at this AGM.

What the Blue-Green faction and the Identitarians within the Greens wanted for this AGM was a new strategic announcement that the Greens would in fact do the same as NZ First and sit on the cross benches and decide issue by issue what legislation they would and wouldn’t support.

The Left factions within the Greens picked up on this attempt and informed the Left faction within Labour of this growing resentment. The stalled talks of co-opertaion were quickly rehashed and the Memorandum of Understanding agreed to and Andrew Little was then invited to speak at the AGM.

This explains the haste of the announcement and why so little detail like which electorates they will work together in and what shared policy platform they’d campaign on wasn’t sorted out.

It also forced the unreformed neoliberal bloke faction within Labour to smile and accept the deal. Some bloke Labour MPs may sneer at the Greens, but if the Greens walk off to the cross benches, Labour will never get back into Power.

Against this back drop of political machinations, Little needed to impress with his speech, and it says something about how badly the Government have performed recently for him to have so much ammunition. Little gave one of the best speeches of his career to date, and if that Andrew Little turns up in 2017, we will have a change of Government. The crowd roared, yelled and cheered.

The launch of the MoU may have been rushed, clumsy and with little detail so as to avert a strategic change of position for the Greens, but Andrew’s performance helped prove that a union together was better than cross bench neutrality.

This has been a victory for the Left within the Greens and Labour and shows the behind the scenes muscle and co-operation that now exists between the two. It’s a win for those who want a clear cut anti-National vote and it’s a win for the joint tactics that will be needed for Labour and the Greens to be successful in 2017.

The biggest gain of this Memorandum of Understanding is that it forces the media to start reporting polls from an MMP viewpoint. Currently Paddy Gower gets to claim National are 47% and Labour are at 30%, the perception being to the ordinary voter that Key’s fourth term is guaranteed. The reality is that when you combine Labour and Greens, the National Party’s lead is really only 5%.

This perception change will do more to impact the way voters perceive the next election than any other single thing.

If a shared policy platform and agreed electorate strategy emerge, expect 2017 to be a very close battle. We may yet get a change of Government and it may not need NZ First.