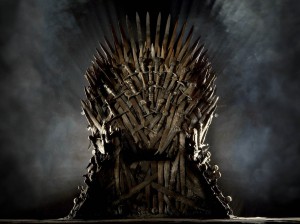 The issue with the Labour Green announcement was the lack of sizzle, or for that matter sausage. The line being floated that it won’t ultimately work because NZers some how can’t understand it however is a bit silly and desperate.

If NZers can be enthralled with the Game of Thrones and understand the machinations of the political forces of Westeros then they’ll comprehend  Labour and Greens working together.

If Labour and the Greens can actually stand aside in certain electorates and pick up a few more party votes they do have a shot, unfortunately this latest clumsy fumble of a gesture lines up with other recent clumsy fumbles…

…so lot’s of clumsy slips that don’t imbue trust.

By not having either of these, Labour and the Greens look indecisive and lacking in ideas.

A united Left terrifies the Right and its media mouthpieces, hence the roar from the pundits, but a lack of imagination in the execution of this civil union hasn’t helped the Labour Green case.