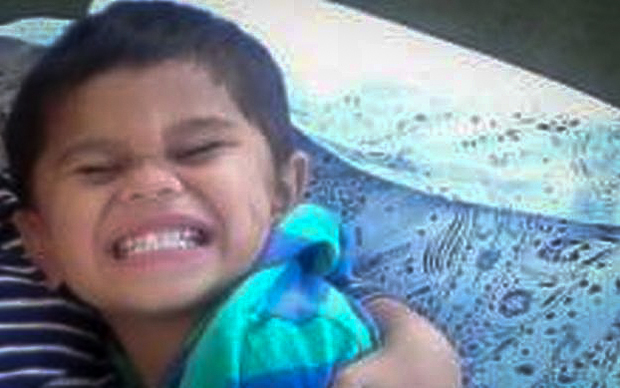 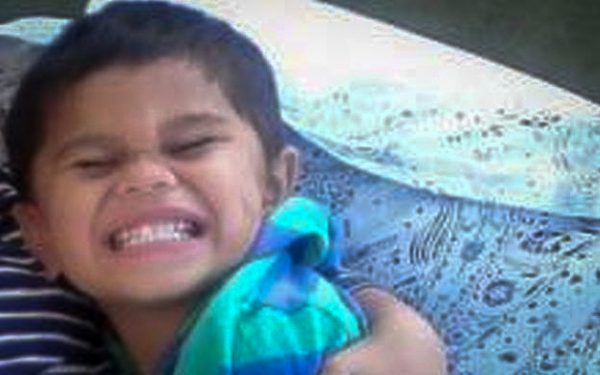 “Don’t you cry. Shut the fuck up. Stop crying before I give you something to cry about. Harden up. Get out of my face you little shit”! Oh wait, that’s not the story is it? Unfortunately, sometimes it is.

It’s taken some time to process the horrifically detailed report of wee Moko Rangitoheriri’s death. So. Much. Detail. Too much detail. It was hard to stomach. Did the New Zealand Herald really need to go into that much detail? Whilst I criticise the explicitness of the article which laid bare before our eyes the excruciating suffering Moko endured before his body could take no more, I must admit I couldn’t stop reading. So I guess it’s my own fault that I have been haunted by those gruesome details ever since. It’s hard not to be.

I work in the Early Childhood sector. Every cherub-like face I look at could possibly be the next Moko Rangitoheriri. If I miss any signs, if I dismiss anything that remotely sounds like disclosure, or ignore even the slightest bump or bruise. The next Moko could be one of ‘my’ children. I cannot let that happen. Not that children facing his level of abuse show up at daycare centres in the condition that Moko was in. If he could barely walk, he certainly wasn’t going to be attending a daycare centre… but another thing that haunts me is that apparently people like Tania Shailer do. That bitch worked amongst our most vulnerable and helpless. Tania Shailer was working in early childhood education. That she had so much access to other unsuspecting, trusting families and their children induces a vomit like state. How dare she tar MY profession! How dare she call herself “kaiako”! How dare she! There are great, caring, wonderful teachers out there, and I work in a centre full of them! Tania Shailer is  a sick, twisted individual.

Even as my fingers skim over the keyboard I’m not sure of where to begin. Outrage, grief, knee jerk reactions, thoughtful words of wisdom, statistics. I’ve read and rode the rollercoaster of a lot of it, and avoided the rest. If you have not been affected by this appalling case, then you must be a Zombie.

The anger has triggered finger pointing. The finger pointing has snowballed action. The action has forced reviews. So what will change? Will Moko be added to the ever increasing list of child abuse statistics, tut-tutted over, paper-pushed around in death as terribly as he was physically pushed around in life?

Moko Rangitoheriri. Another name indelibly etched overnight into the hearts and minds of Aotearoa. We know these names – Nia Glassie, Chris and Cru Kahui, James Whakaruru, Coral Burrows, Delcelia Witika, Hinewaoriki Karaitiana-Matiaha (Lilybing), Sachin Dhani, Kalin St Michael. Over the years these names have become synonymous with the most despicable type of violence (in my opinion) that exists – child abuse. All of these children whose premature deaths came about by the hands of a family member, or those considered family. The very people who should have loved, cherished and protected these innocents, callously stole their lives away.

I often curse the promise I made to myself to always try to be a voice for the voiceless. It means I have to force myself to front up to the things that make me feel hellishly uncomfortable and query what I have done to make things right. It means I have to sit up into the wee hours trying to assemble my thoughts about something which makes no sense to me at all. The murder of another child. Murder, not manslaughter. I will never ever say this was a case of manslaughter. It lets his killers off too easily, so I will call it what it is. Murder. And whatever time they serve will never be long enough… this coming from someone who has never been a fan of incarcerating people.

I am by no measure of anyone’s imagination saying that EVERY Haerewa is an abusive killing machine. No. No other person carrying the Haerewa name should have to go into defence mode over who they are. I AM wondering how these three men, all related, have found themselves in this incredibly dark and evil place which has them paying penance for brutal, violent killings. What were their childhoods like? Were they brought up, or dragged up? Is there a genetic predisposition for violence? I don’t know. But when trying to make sense of this type of savage behaviour one must delve beyond the anger and put everything under the microscope – including whakapapa, spiritual alignment (any mākutu from the past?), or whānau history of mate ā-hinengaro (mental illness). I mean, let’s be honest. One HAS to be a special kind of crazy to murder a child.

So. What do we do? We march. Calls for action in memory of Moko are being organised in every major centre of Aotearoa by organisations such as The Sensible Sentencing Trust and other concerned groups. But then what? We feel good about our actions, our rah-rahing, our expressions of sorrow, and go back to our daily lives? Why do we still allow the hearse to be parked at the bottom of the hill? I say ‘hearse’, not ‘ambulance’ because essentially it is the little bodies of murdered children we are collecting at the end of their downward spiral. So on June 27th we gather at Courthouses around the country and send a clear message that the violence must stop. Figures from areyouok.org.nz report that 13 women, 10 men, and nine children a year are being killed as a result of domestic violence. Shocking statistics however which way we look at it. We need to dissect, debate and push past the discomfort of our findings when we analyse these types of statistics. There is no room for ego, pride, or blame laying when searching for solutions. I can march in memory, or I can march for a future. I choose the latter. Then, I will continue to push for harsher penalties, and stronger preventative measures. It IS ‘Ok To Ask For Help’. Really, it is. What’s not okay is continuing to spend money on advertising campaigns that are ineffective for the amount invested. Where else could funds be better spent, in conjunction with or instead of pricey ad campaigns? Domestic violence, child abuse, intrafamily offense – whatever the label, it must be addressed with a fierceness and grit that would give one lock jaw. We must, for children like Moko, not let this rest. Ask for help, be the help, support the ‘help’. Moko’s voice is silent. Ours must not be.