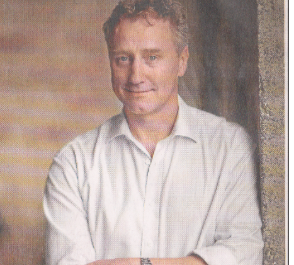 It appears that there are now two supporters for Mark Weldon;

It demanded a response…

from: Frank Macskasy <fmacskasy@gmail.com>
to: Dominion Post <letters@dompost.co.nz>
date: Mon, May 9, 2016
subject: Letter to the editor

“It concerns me that Mark Weldon has become a scapegoat”, writes Gaylene Freeth (7 May) She asks, “why should all the finger pointing be directed solely at him, when surely the responsibility and accountability rest primarily with the Mediaworks chairman and board members”.

The reason is quite simple. As CEO, Mark Weldon carried out certain policies – policies ostensibly in accordance with Mediaworks’ Board directives.

However, no one forced Weldon to carry out those policies. No one held a gun to his head as he oversaw the mass-redundancies of highly skilled, experienced professionals from their jobs and cancellation of “Campbell Live”.

He could have resigned at any time.

The old argument that “he was only following orders” is one that was firmly rejected as recently as 1945.

When Ms Freeth – herself an experienced businesswoman – demands to know “why is Weldon the only one being targeted at present”, the answers are glaringly obvious;

1. He agreed to carry out Board directives
2. He was paid to do the job
3. CEOs are ultimately responsible for their actions

Ms Freeth says that “any board directive must be implemented regardless”.

No, Ms Freeth. Mark Weldon had a choice and he exercised it. The buck stops with him.