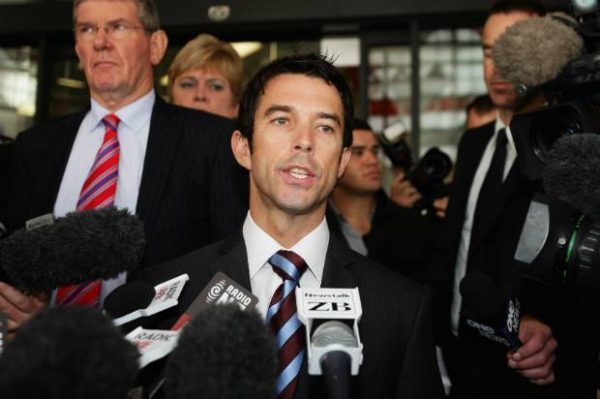 He was at it again recently with a bit of a ‘sorry’ article published in the Herald. It sounded something like this. I don’t feel like linking to the actual article but you can find it with a quick Google if you care.

I get this whole public-will urge to forgive.

But forgiveness requires an:

– Honest appraisal of a situation
– Legitimate accountability, and
– Clear cessation of problematic behaviour

Only Tony don’t know how to cease, he hasn’t been completely honest about his history and his accountability is only something he offers via his various publications on the issue. According to Kristen and her family he’s never apologised to her directly. How authentic is an apology via print if you’re not willing to directly apologise to the person you could have killed? He just can’t get it right. His narcissistic ramblings – that are so willingly gobbled up and amplified by the New Zealand Herald – are an embarrassingly transparent mechanism he routinely exploits to restore his public persona. I mean every single time he broadcasts something on ‘that time he broke his partner’s spine in four places’ the primary function of that broadcast is image crafting. It’s pretty cynical and gross.

This week’s most disturbing, cutting realness blog came from the Dad of Tony’s former partner Kristen. Steve the Dad isn’t taking any shit. He calls out Veitch on the fact Tony never apologized to Kristen, and is simply using the media to reconstruct his rep. What is an apology in public without one in person? What is an apology from a guy who has a long history of problematic behaviour but continues to diminish and downplay his actions?

I imagine how deeply disturbed Kristen and her family must be every freakin’ year that he’s given the opportunity to play out his narcissistic image crafting in the public domain. It must be like a scab that never heals, one that Tony won’t leave alone. Imagine how much she doesn’t want to hear what he has to say on the issue. How does a person repair themselves when their abuser has such an expansive public platform to broadcast their feels? It’s not his right to use the trauma he inflicted upon her to make himself seem like a better dude. I’m pissed at the Herald for giving Tony the opportunity to do this. That isn’t ‘helping’ any survivors of domestic violence. It’s an example of a media organisation allowing an abuser to perpetuate a form of harm.

It’s time for Veitch to STFU for good.

No one wants to hear from him any more. He’s not helping survivors of domestic violence and neither are the New Zealand Herald if they think that continually giving Veitch this platform is showing guys that accountability is OK. What they’re doing is showing guys that it’s OK to turn abusive actions into posturing as a victim and that it’s OK to use abuse scenarios in creative ways to make people think you’re a good guy – no matter how this affects those you harmed. Kristen and her family are clearly sick of it. We’re all sick of it. New Zealand Herald should show some respect. If you wanna help DV survivors then don’t keep publishing this shite.