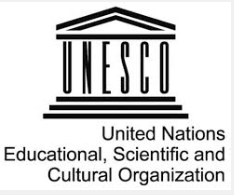 ‘Access to Information and Fundamental Freedoms’ is the overarching theme of this year’s World Press Freedom Day #WPFD2016 celebrations. As the organisation charged with promoting freedom of the press, UNESCO (The United Nation’s Educational, Scientific and Cultural organisation) will this week bring together over 50 civil society and media organisations at events taking place in Finland’s capital, Helsinki.

In her message for the day, Director-General of UNESCO, Irina Bokova, says: “At this time of turbulence and change across the world, including new challenges that require global cooperation and action, the need for quality information has never been so important—this requires a strong environment of press freedom and well-functioning systems to ensure the people’s right to know.”

To help foster the development of journalism nationally and internationally, this July the New Zealand National Commission for UNESCO is a sponsor of the 2016 World Journalism Education Congress #WJEC16 being organised by Auckland University of Technology from 14-16 July.

The Congress, acknowledged as a world leading event, will address the most pressing issues confronting journalism and journalism educators around the world today. The event is held every three years and brings together people involved in a range of journalist activities.

Associate Professor Verica Rupar won the Congress for AUT and is the Chair of the event’s Steering Committee. With more than 200 participants coming from 48 countries, Rupar is expecting robust debate about journalism, newsrooms and classrooms in the 21st century. “What counts as journalism today? What opportunities are offered by the digital environment and who is innovating? And what of the concerns for reputation and media freedoms? These are the significant questions to be discussed at the Congress,” she says.

AUT through its staging of the Congress will use its funding from sponsorship to enable participants from developing countries to attend the event. It will also support a number of leading speakers to address the Congress on aspects of journalism and journalist education.