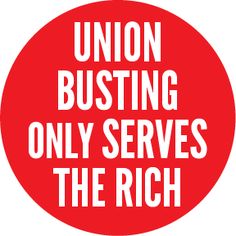 Of precarious work and living it rough

And Dumpster Diving is not a career

That we should resort to with little ones to rear…

Invercargill’s Lisa Gibson described at the same summit how it was possible for a government agency responsible for state house tenants to be “purging women who are vulnerable onto the streets” as houses are emptied and land-banked. Tenants are afraid of being picked out and losing their homes, so they remain silent.

A weapon in the silencing of the majority is the fear of retribution. Last year a caregiver, Morven Hughes, was interviewed on Radio New Zealand, about her role in the care sector.  Neither she nor her employer were named because of Morven’s fear of retribution. Her employer, a corporate residential care provider, recognized her Scottish accent and took steps to punish and silence her through disciplinary action; action that continues today as her union, E tū, defends her right to freedom of speech.

E tū has also defended workers employed by major cleaning contractors, such as Spotless, who threaten union members with dismissal for talking to the media or appearing in front of parliamentary select committees to talk about low pay and it is now common for employers to attempt to insert clauses into employment agreements forbidding workers to talk to the media without the employer’s permission.

Elderly residents of Selwyn Village campaigning for a Living Wage for their carers were threatened with losing their “right to occupy” if organized a petition of other residents because expressing their views about workers’ rights was against the rules. Their freedom of speech is curtailed by fear of retribution.

Government and corporate employers are powerful and their threats against the powerless beggars belief, but it is not new. Captain Waldemar Pabst in 1962 spoke of attending a meeting of Rosa Luxenburg and Karl Liebknecht in 1919 where he decided to have them killed for their intellectual leadership of the revolution: “One has to decide to break the rule of law…This decision to have them both killed did not come easy to me…I do maintain that this decision is morally and theologically legitimate.”

Governments of many hues have successfully designed a system in Aotearoa where the interests of capital are nurtured and workers are legislated to the margins: individuals are isolated and easily intimidated; unions cannot bargain effectively with the funders of wages; and notions of the common good have retreated into the powerless and disconnected institutions of our civil society.

That being said around the globe there are glimmers of hope.  From the 2012 Chicago Teachers Union that reached out across the community to secure adequate school funding, to the formation of Minnesotans for a Fair Economy a few months ago, networks of union, community and faith groups are reasserting a notion of the common good, a connection fundamental to power and participation that makes sense of any concept of democracy.

In Aotearoa, the Living Wage Movement is seeking this same common purpose by bringing together many institutions of civil society on a neutral shared platform from which we can raise our voices in fearless unity.

Usually we hear about the international developments after the new institutions of civil society have emerged and the temptation is to set up similar alliances, action groups, or coalitions because, well, we want that too. It makes sense to have an organisation that represents what we all share in common such as decent housing, good jobs or just wages.  But action precedes organisation, for good effect, which means the conversations, and the collaborations are critical.  The hard work of building power with others can’t be avoided.

UK academic, Jane Wills, describes the power of coalition in the “identity-linking” across diverse groups of civil society.  The majority of working people in state housing are low paid so the problem of low wages and the problem of the sale of state houses is linked. The act of bringing organisations together on a common platform, as the Housing Summit did, reinforces our shared identities and our common purpose, where Christians, teachers, health professionals, beneficiaries, unionists and state house activists meet, agree and organise – because our community matters.

Sorry, we will call it gentrification

When you sell our State Homes

Which belong to our Nation

When it’s the heart of our communities

While bearing the mantel and authority of our institutions we have to also step outside of the institution and discover our shared identities, activate our common interests and create sustained organisation.  Institutions of civil society are necessary but they quickly become gatekeepers containing the activism, passion and spirit of transformation that we need to prevent a terminal silencing of discontent.

Because I’m not alone

Sorry – the chains have fallen away

Sorry – it’s time we had our say

Sorry – we CAN protest and riot

Sorry…
(Thanks to Vanessa Karurangi – her poem can be read in full at www.livingwage.org.nz )