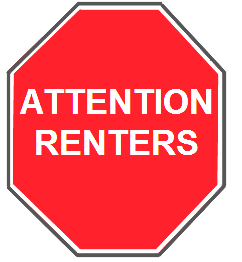 The sudden surprised chatter amongst the aesthetically left at the shocking rise and rise and rise of prices in Auckland would be funny if it weren’t so sad.

If the apathetic  Gen Y and millennials are frightened, they should be. Growing up in a political vacuum where ideology was a forbidden word, most youth generations in NZ have no concept of neoliberalism because the consumer culture they’ve been conned by and the political wasteland that is commercial youth media has shown them nothing other than a user pays culture.

The Edge Radio station and their ilk are like a never ending library fire where banality and wilful ignorance are worshiped and cherished.

Millennials and Gen Y are twisting in the wind and they’re not sure who put the noose around their necks.

To quote my favourite Gen X band the Smashing Pumpkins, “despite all my rage I’m still just a rat in a  cage”.

The fallout of neoliberalism is a world of endless choice where the only value is more choice, not the choices chosen. Gone is solidarity, gone is class, gone is an understanding and recognition of the hegemonic structures within a society that aid the wealthy while crucifying the poor.

All we have left is a finders keepers vs losers weepers style of social justice while DJ Max Key spins another tune.

The simple truth is that politics never left NZ, NZ left politics. As much as we enjoy a carefree ignorance, sky rocketing debt, unaffordable house prices and yawning inequality mean the care free ‘yeah-nah’ mentality isn’t enough to keep the sleepy hobbits tucked up warm in bed any longer.

There is a terrible anger building.

Those million voters who didn’t bother last election are getting angry and hurt by a system that despises them and the politically active on the Left are driven insane with rage at the manner in which smug National voters allow Key to get away with any corruption and abuse of power.

Property speculating cradle to the grave boomers have become so addicted to Key’s property bubble that they’ll turn a blind eye to any of the damage he is causing within society.

The reason this will all change is because millennials, Gen Y and X are waking up to the scam they’ve been served up and the intergenerational theft that has allowed it to happen. Politics stops being some disconnected thing when you bear the brunt of it.

That will change as life gets progressively more difficult and by 2023 Gen X and Y and those boomers still with a political conscience will finally outnumber the Speculator Boomers, and that’s when a political revolution has the opportunity of finally ridding us of self interested speculator boomer politics and we begin building a new nation.

Time is on our side comrades.