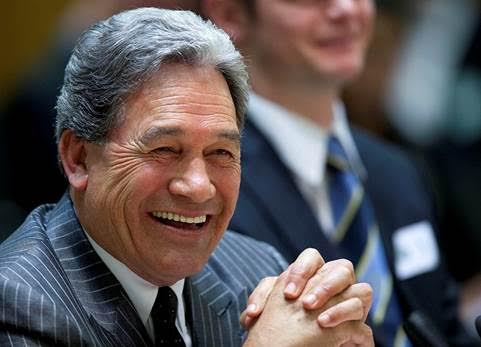 IF THERE’S SOMETHING STRANGE in your neighbourhood. If there’s something weird and it don’t look good. Who you gonna call?

Ray Parker Jnr’s catchy lyrics to the themesong of the 1984 hit movie, Ghostbusters, have taken on a special resonance in recent days, as a series of extraordinary revelations have further shaken John Key’s already unsettled government.

Even the beneficiaries of the Auckland housing boom have been sent reeling by the latest batch of astonishing real estate statistics. (Like property speculators accounting for 80% of Otara house sales!) And even dyed-in-the-wool Tories have been caught casting apprehensive glances towards the PM and his lawyer over the status of international trusts. All in all, it’s impossible not to feel (if I may mix my movie references) a “sudden disturbance in the Force”.

If these were normal times, the principal beneficiary of these revelations would have been the dominant Opposition party, Labour. But these are not normal times, and the Labour Party is currently struggling to retain – let alone increase – its level of electoral support.

Such dissatisfaction with the performance of the Government as is being reflected in the polls shows a sharp movement of voters towards Winston Peters’ NZ First Party. According to the Australian-based Roy Morgan polling agency, this shift has lifted NZ First’s numbers by 3.5 percentage points – from 9 percent to 12.5 percent – its highest level of support since 1996.

Peters is a consummate campaigner who has been known to double his support over the course of an election campaign. But, this doubling has usually been off a reasonably low base, just 3-5 percent, not 12.5 percent. If Peters maintains his present level of support into the second half of 2017, and then doubles it over the course of the official election campaign, then both National and Labour will be in all kinds of trouble.

If this is, indeed, the way New Zealand politics trends over the next 18 months, then it will be a reflection of the same sort of popular anger that is currently driving the politics of the United States and Europe. Neither Labour’s Andrew Little, nor the Greens’ James Shaw and Metira Turei, are temperamentally or ideologically suited to the role of embodying the people’s righteous wrath. But Peters has been burnishing his populist credentials for the best part of 40 years. Indeed, there is no one else in the current House of Representatives who comes near him in the populism stakes.

What sort of populist agenda is Peters likely to present to the electorate? Of only one thing can we be absolutely certain, NZ First’s manifesto will not be a coherently left-wing, or right-wing, document. Like the Polish Law and Justice Party that was swept into office at that country’s last election, NZ First will offer policies that offer solace to voters from every part of the Left/Right spectrum. Swingeing attacks on tax evaders – both foreign and domestic – will make Labour look tentative and unconvincing. Equally strong measures, aimed at the Iwi Leaders’ attempts to influence the allocation of water, will draw cheers (and votes) from anxious National supporters.

How well is the extra-parliamentary Left placed to take advantage of this populist surge? The short answer is: very poorly. Peters’ views on race are antithetical to many (if not most) New Zealand leftists. This makes it much more likely that the Left will position itself as Peters’ most aggressive opponent, rather than his covert ally.

The extra-parliamentary Right, on the other hand, is already gearing up to leverage its own policy agenda off NZ First’s likely electoral gains. Kiwi rightists will not be so fastidious as the Left when it comes to dirtying their hands in the muddy gloop of populist politics. How much help they are willing to give Peters in return for – say – a raft of “One New Zealand”, “anti-Maori separatist” reforms, remains to be seen. They may, however, be very confident of finding a great many National MPs more than willing to retain power by doing a deal with Winston-the-Kingmaker.

If the 2017 General Election does turn into a populist tsunami, then the New Zealand electorate is likely to be gobsmacked by the people lining-up behind NZ First’s populist banner. What ends up pushing Peters into centre-stage may turn out to be something very weird indeed. And, it will leave us in no doubt whatsoever about who he’s gonna call !