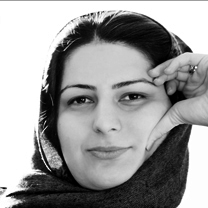 It is with deep regret that we learnt of the decision of the NZ Immigration Service in Washington D.C. to decline the Visa application from our acclaimed award-winning film director, Rokhraseh Ghaemmaghami. Rokhsareh recently won the best International Feature Documentary and Audience Award at the Sundance Film Festival for her film “Sonita”.

Rokhsareh is an invited guest of the Doc Edge International Documentary Film Festival and its industry event, Screen Edge Forum (4-29 May). “Sonita” is a finalist in the Doc Edge Best International Film and Best International Director categories. She is scheduled to speak at the Question & Answer sessions, Doc Talks – a public forum of talks for the wider community as well as a featured master-class speaker at Screen Edge Forum, an international documentary industry with filmmakers and delegates from abroad including China, Indonesia, Australia, Malaysia, Myanmar, the Netherlands, Israel, Canada, Germany and USA.

We invited her to attend the events in Wellington and Auckland from 12 to 20 May, however, we are disappointed with this decision to decline her Visa and note that no one from NZIS had enquired with us about her bona fides. A quick google search will establish her international reputation.

Doc Edge is an internationally respected documentary festival. We have carefully built up our festival and its reputation over ten years, it was recently selected as a qualifying festival for the Academy Awards® short documentary category. There is damage done to both the reputation of the festival and New Zealand as a whole. The message going out to the world does not go hand in hand with our New Zealand hospitality and as a country which is supposed to promote and support innovations, arts and culture.

Rokhsareh is widely followed around the world on social media and the fall out has seen international industry and key filmmakers, broadcasters, sales agents and others comment publicly that they condemn the decision and that they will not be wanting to visit New Zealand any time soon.

We ask that you review this decision and approve her Visa at the earliest possible. We ask that an apology be issued from NZIS Washington D.C. to Rokhsareh for the humiliation and embarrassment caused.