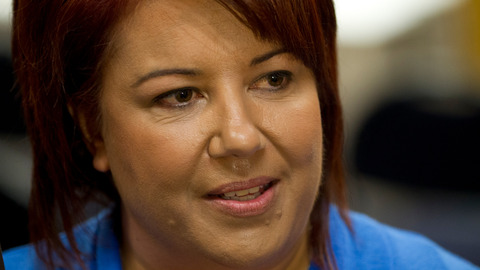 Nothing sums up the utter denial we are in over climate change quite like sending a know-nothing- about-the-science-behind-climate-change Minister like Paula Bennett off to sign a pathetically weak agreement that does nothing real about global warming.

Paula, who says her ignorance in the portfolio isn’t a negative, will jet off to New York on a wave of self serving platitudes to make NZers feel like we are doing something meaningful on an issue National don’t want to confront.

If Paula Bennett is the answer, the question is ‘what imbecile will make the latest empty climate change agreement look even more vapid and meaningless’.

Every month now we are breaking heat records and if you wanted a glimpse at how meaningless the latest climate change agreements really are, take a look at the horrifying reality occurring before our eyes right now…

Blistering temperatures and rainfall over Greenland have jump-started the summer melt season weeks early. On Monday, a stunning 12 percent of Greenland’s massive ice sheet was melting — “smashing by a month the previous records of more than 10 percent of the ice sheet melting,” according to the Danish Meteorological Institute (DMI).
DMI scientists were “at first incredulous.” One DMI climate scientist said, “We had to check that our models were still working properly.” But in fact, temperatures over parts of Greenland this month have been measured as high as 17.8°C — a scorching 64°F.
“Even weather stations quite high up on the ice sheet observed very high temperatures on Monday,” explained Robert Fausto of the Geological Survey of Denmark and Greenland (GEUS). At one “site at 1840 meters [1.1 miles] above sea level, we observed a maximum temperature of 3.1°C [37.6°F]. This would be a warm day in July, never mind April.”

…when the shit inevitably hits the fan and we start seeing rapid and catastrophic climate change, we should be ruthless with those who have done so little to prepare our nation.