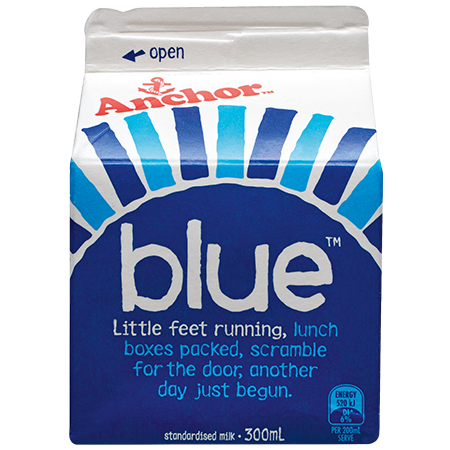 The Head Office of Corrections is Mayfair House at 44 The Terrace Wellington. Many frontline Corrections staff, and most prisoners, refer to it as ‘Bullshit House’, much the same as many cops refer to their Wellington headquarters as ‘Bullshit Palace’. One of the craziest decisions that has ever come out of B\S House was a decision that all prisoners must use Anchor trim milk.

Up until then prisoners had always had the normal ‘blue’ milk the ration is two 300mL cartons on weekdays and one 300mL carton on Saturday’s and Sunday’s. Then one of the rocket scientist that populate B\S House thought he\she had better come up with something to justify their $170,000+ salary. So ignoring all the other problems Corrections has, like the soaring prisoner suicide rate, a prison muster expected to be 10,000 by Christmas (the highest in our history and this despite the crime rate having reduced dramatically due mainly to the age group that commit most crimes also dropping considerably) came up with a brilliant idea to change all prisoners’ milk ration to trim milk.

Now I’m not knocking that as a lifestyle choice for people who want to reduce the fat content in their diet. But most prisoners are young and relatively healthy and far from reducing the fat in their diet need as much as they can get because of the spartan and monotonous food served up in prison these days. Imagine you’re young fit and healthy and engaged in work that uses up a lot of energy and you’re forced for so called health reasons to have only trim milk. The taste alone puts you off. As far as the majority of prisoners are concerned it’s an inferior milk to the normal one and what about female prisoners who are expectant mothers? B\S House allows no exceptions you get Hobson’s choice trim milk or no milk!

This in the context of the best quality meat prisoners get being the cheapest sausages or mince you can buy and both being absolutely saturated in fat. Those prisoners with money pay Corrections $8 for a 400g pack of Pam’s whole milk powder to mix with the trim milk to try make it taste something like real milk, which seems to rather defeat the purpose of changing the milk in the first place. But Corrections are selling lots of whole milk powder and no doubt making plenty of money out of it. I’ve asked Corrections to review this stupid national policy so here’s hoping there’s some common sense left in B\S House!