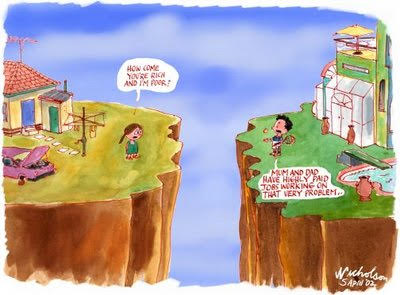 THE NATIONAL GOVERNMENT’S unprecedented run in the polls rolls on. Eight years in office and still the level of support for John Key’s ministry in the New Zealand electorate continues to fluctuate between an unassailable 45 and 55 percent.

These would be outstanding numbers even under the old First-Past-The-Post electoral regime. Under a proportional, multi-party system they are outstanding. In fact, given all the things Key and his colleagues have done, or failed to do, they should be impossible.

And yet, like Dorian Grey’s, National’s sins have left not the slightest blemish upon its public face. No doubt, in some upper room, safe from prying eyes, a cursed canvass portrays it’s true hideousness. So long as it stays there, securely hidden, National’s supporters simply do not care.

This state of not caring – evinced by close to half the population – is something new and disturbing in New Zealand politics. It speaks of hardened attitudes and even harder hearts; of an electoral bloc that has simply shut its eyes and ears to the plight of less fortunate and hard-pressed citizens. That they have remained faithful to the Key Government for eight years is because in all sorts of subtle and not-so-subtle ways it has told them that they are right not to care. Not caring is the new black: National’s new blue.

It’s important to grasp the fact that this ingrained lack of compassion is in no way reflective of simple bigotry or ignorance. The new National supporter is not the sort of know-nothing backwoodsman from the provinces who hated queers and backed Springbok Tours. Confronted by the Left for their apparent lack of compassion, these new National supporters will round on their accusers and charge them with constructing a soft and dependent society critically lacking in grit and resilience. Their refusal to mollycoddle the poor and work-shy may look like cruelty, they will say, but in the long term it will be revealed for what it is – the most socially productive manifestation of true kindness.

That this hard-nosed approach entrenches inequality and widens the social divide is fine by them. People have always needed incentives. Big sticks for the poor. Juicy carrots for the rich. “You don’t make a poor man rich”, they insist, “by making a rich man poor.” A healthy society is one in which the poor person’s burning desire to escape his or her poverty is only equalled by the well-off person’s fear of falling into it. Those who make it into the winners’ circle need to know how hard it is to get there – and stay there.

This is the gospel according to John Key’s new National Party, and its capacity to attract and hold close to half the electorate is unprecedented. The professional middle-class, hitherto susceptible to the Left’s appeals for them to join it in the struggle for equality and social justice, must now be counted among the new National Party gospel’s most enthusiastic converts. The better angels to which Labour once appealed have long since been made redundant and let go.