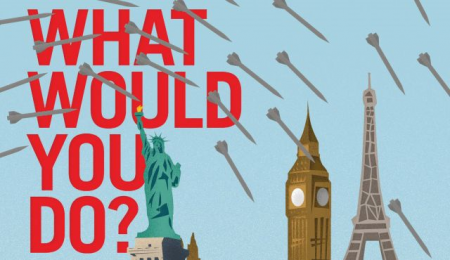 One of the most frequently repeated excuses for Israeli aggression, including the ruinous blockade of Gaza, is the claim that Palestinian missiles are constantly raining down on Israel from Gaza. The following Gaza Ceasefire Violations Summary for the first quarter of 2016 may prove useful for anyone who is engaged in combating Israeli hasbara. This summary is frequently updated.

Israel claims that its periodic blitzes on the Gaza Strip, with their massive tolls of slaughter and economic sabotage, are necessary to stop missiles from Gaza being fired towards Israel. What the mainstream news media fail to report, and Israel’s supporters choose to ignore, is that every missile-firing from Gaza occurs after prolonged and relentless Israeli provocation. [See The balance and timing of this year’s Gaza ceasefire violations, below]

An Israeli air strike on 12 March caused the deaths of a ten-year-old Palestinian boy and his six-year-old sister. The boy was Yassin Abu Khoseh. His little sister, Issra, died in hospital later. Medics said the pair were hit by fragments from a missile fired by Israeli aircraft. The children’s brother, Ayyoub (13), suffered moderate injuries in the air strike. The children’s father said that he was asleep when their home was hit and, awakened by the blast, rushed to see if the children had been hurt. “My boy was killed instantly, drowning in his own blood; my daughter was very seriously injured.” His other son said that when he looked at his brother and sister, he found them bleeding heavily from injuries to their heads and various parts of their bodies. The Israeli attack was in response to rockets fired from Gaza that had landed harmlessly in open areas in southern Israel, causing no deaths or injuries. Imagine the outcry and headlines had Palestinian missiles fired from Gaza killed two Israeli children!

Israel does its utmost to provoke missile-launchings from Gaza. From 1 January to 10 March, there were just three Palestinian Gaza ceasefire violations. They had all been directed at Israeli blockade-enforcing military targets, taking place on 23 January and 2 and 7 March. As a result of Israeli aggression in Gaza, there have been, so far this year, four Palestinian deaths, including those of three children. Fifty-three Palestinians have been wounded and, in addition, Israel has hijacked five Palestinian fishing boats.

At around 9am on Thursday, 31 March, four Israeli bulldozers entered the Gaza Strip at El Fakhuri. Meanwhile, more than 30 tanks were placed along the fence-line, threatening Palestinian farmers who, in spite of the danger, kept working their land. In less than a month, the wheat harvest season will start. The families who own land near the border don’t know what will happen then, as no one seems to do anything to stop the systematic aggression. This harvest is vital for the families’ ability to feed their children. So ended the first quarter of 2016 for the people of Gaza!
Palestinian ceasefire violations

Toll:
No deaths, injuries or damage.

The persecution and provocation continue
Since the first quarter of this year came to an end, and until posting this article, there have been no more missile-firings from Gaza – but there have been 51 further Israeli ceasefire violations, including shelling by the Israeli Navy of Palestinian fishing boats, with the sinking of one of them. Seven people in Gaza have been wounded by Israeli military action already this month.

On 3 April this year it was reported that Israel had severely restricted cement supplies to Gaza. Raed Fattouh, head of the Palestinian Commission to Co-ordinate the Entry of Goods into the Gaza Strip, said that Israel had “officially and completely” halted all cement consignments to Gaza’s private sector, although projects being carried out by UNRWA are, for the moment, still getting supplies of the much-needed material. Gaza’s Economy Ministry says that the amounts of cement currently entering Gaza via the Kerem Shalom border crossing – which links Egypt, Israel and the Gaza Strip – fail to meet the minimum requirements of the Strip’s roughly 1.9 million inhabitants. The Ministry has appealed to the UN and other international institutions to pressure Israel to reverse its decision.

Israel strongly opposes the idea of allowing the port of Gaza to reopen and is determined to block any hope of revival for exports. At the time of signing the 2014 ceasefire agreement, the Deputy Minister in the Israeli Prime Minister’s Office, Ofir Akunis, commented on demands that a date should be set for Israeli withdrawal from the Occupied territories, saying that a return to the 1967 border would be “national suicide” and adding that the likelihood of that happening “is similar to the chance that Israel will agree to a seaport and airport in Gaza.” The World Bank reported in May 2015 that the blockade had slashed Gaza’s GDP by 50% since 2007. Commercial life being brought to a standstill is bound to exacerbate feelings of despair.

The voices of UN bodies and many NGOs:

Statement: Israel, as the occupying power, is the main duty bearer and must comply with its obligations under international law. In particular, it must fully lift the blockade, within the framework of UN Security Council Resolution 1860 (2009). The fragile ceasefire must be reinforced, and the parties must resume negotiations to achieve a comprehensive settlement of the Israeli-Palestinian issue. All parties must respect international law and those responsible for violations must be brought to justice. Accountability and adherence to international humanitarian law and international human rights law are essential pre-requisites for any lasting peace. Also imperative, Egypt needs to open the Rafah Crossing, most urgently for humanitarian cases, and donor pledges must be translated into disbursements.

NZ’s shameful, contrasting silence
Even now, when New Zealand’s voice can be heard at the Security Council, our Government obdurately remains aloof from world opinion, keeping silent and refusing to demand that the UN Security Council take action to require Israel to abide by international law and lift the Gaza blockade. Our Government is silent, the news media are silent and our Parliamentary representatives remain sufficiently unmoved to raise their voices while a third generation of Palestinians is forced to grow up under malevolent, foreign military terror. On 15 April, former New Zealand Prime Minister, Helen Clark, told an informal meeting of candidates for the position of Secretary-General of the United Nations General Assembly that she was “acutely aware that what the United Nations does or does not do affects the everyday lives of countless millions of people.”

Our duty to bear witness and arouse awareness
Helen Clark also declared in front of the meeting that “we owe it to all of us to work together to build a better, fairer and safer world.” So long as our elected representatives choose to cover for Israel and our news media go on treating as unnewsworthy, the horrors suffered daily by blockaded and militarily-occupied Palestinians, it is up to the rest of us to speak out and act. We have abundant evidence to share – not simply with each other – but with all those who are being misled, misinformed and subjected to sterile silence. Write, shout, rally and march, do whatever we’re good at. Let those of us who are aware of the truth urgently and persistently communicate with our law-makers, the news media, religious and other community leaders as well as our friends. Reach out to everyone and do all that we can to inform. Witness for truth – and dispel the silence!