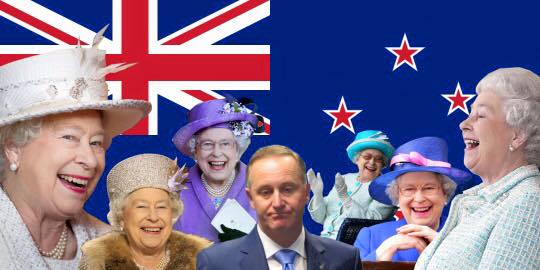 “WE ARE AT THE CORE … a British colony and I thought there was an argument that New Zealanders could be treated in a way which reflected that.”

That was John Key’s pitch to the British prime minister, David Cameron, in a pull-aside at last week’s nuclear summit in Washington DC. The New Zealand prime minister was attempting to soften the treatment being meted out to Kiwis under the UK’s harsh new immigration regime.

Now, we all know our Prime Minister is notoriously loose with the language he uses, so our first impulse is to dismiss Key’s constitutionally and historically nonsensical “We are at the core … a British colony” as just another (particularly bad) example of his verbal and conceptual imprecision.

We would simply assume that he was attempting to play the “How can Mother England treat New Zealanders so badly after everything we’ve done for her?” card. Riffing on that favourite teenage riposte: “I didn’t ask to be born!” Something along the lines of: “Hey! It was your lot who colonised New Zealand in the first place! Remember?”

But if those were our assumptions, then we got it badly wrong. Because this morning (4/4/16) on Paul Henry’s show, with David Cameron nowhere in sight, John Key said it again. Twice.

“We are a British colony.”

Somehow, New Zealand’s Prime Minister has convinced himself that, constitutionally, his country remains a colonial appendage of the United Kingdom. That the granting of Self-Governing Dominion status in 1907 never happened. That the 1931 Statute of Westminster, which the First Labour Government adopted in 1947, thereby signalling this country’s emergence into full and independent nationhood, is but a figment of our historians’ imaginations. That the independent “Realm of New Zealand” – of which Queen Elizabeth II is “Sovereign in Right” – has no legal existence.

Can Key really be so ignorant? Can the man who has led this country for eight years truly possess so tenuous a grasp on its political and constitutional realities? Surely not. Because if it’s true; if our 176 year journey as a people towards nationhood and independence means precisely nothing to him; then we are all in much more trouble than we thought.

It must mean that all the Prime Minister’s recent talk about changing the New Zealand flag to “better reflect who we are” was utterly insincere. What would a country that is still “at the core … a British colony” want with a flag that did not proudly display, in its top left-hand corner, the Mother Country’s Union Jack?

Even more puzzling is what the Prime Minister believes himself to be doing all day. Because colonies are not governed by Parliaments and Prime Ministers, they’re ruled by Governors. And these Governors are in no way accountable to the people they rule, but to an imperial government far, far, away.

If New Zealand is “at the core … a British colony”, then it is neither independent, nor a democracy.

It couldn’t be, because, historically speaking, a colony is a place where imperialism rips-in, rips-out and rips-off. A place where the indigenous people are duped, dispossessed and exploited.