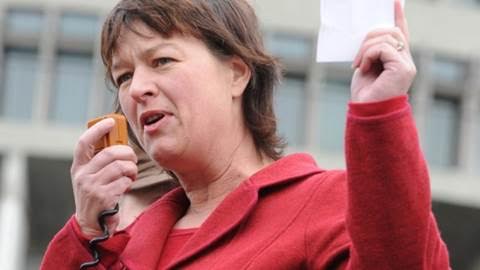 EARLIER THIS WEEK, Andrew Little was forced to reprimand the Labour MP, Sue Moroney, for her recent, highly controversial, posting on social media. Beneath a photograph of the Silver Fern flag flying above an expensive Waihi Beach property, Sue had written: “Just because you own a flash beach house doesn’t mean you get to decide our flag.”

Unquestionably, Sue’s post was politically ill-judged. But what’s also beyond dispute is that, in the manner of Paul Henry, she was only saying what an awful lot of people were thinking. Throughout the entire Flag Referendum process, public discourse was dominated by the overbearing accents of the comfortable classes. Middle New Zealand may not have initiated the debate, but once its champion, John Key, had raised his standard (or was it the All Blacks’?) they rallied to him in an impressive display of loyalty.

Nowhere was this “let’s all get behind the Prime Minister’s flag” response more clearly enunciated than in the New Zealand Listener. At every step of the process the magazine was at pains to guide its middle-class readers towards Key’s preferences. Even in defeat, the Listener’s editorialists made it snippily clear that the ignorant and ungrateful masses had got it wrong: even issuing a thinly-veiled threat that the entire exercise would be repeated as many times as it took for the electorate to get it right.

Sue Moroney’s posting erred dreadfully in terms of the political “optics” – hence Little’s reprimand. She also had no way of knowing the beach-house owners’ actual motivation for flying the Silver Fern flag, so they were perfectly justified in asking her to take it down. At the visceral level of class politics, however, Sue called it exactly right.

To a great many Kiwis it did feel as though the ruling elites, not content with selling off New Zealand’s prime assets to the highest bidders, were now attempting to award themselves their very own “Mission Accomplished” celebratory flag. Had Key’s preference emerged triumphant (and it came alarmingly close!) the reaction of the rest of the country would have resembled that of a defeated people on seeing the conquerors’ flag fluttering insolently above their occupied towns and cities.

Perhaps that’s why support for the present flag was strongest in the seven Maori seats? More than any other New Zealanders, Maori understand what a change of flag truly represents.