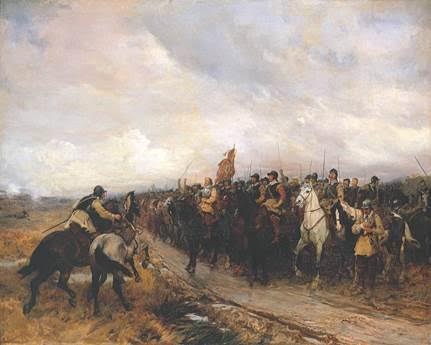 IS MITCH HARRIS RIGHT? Is New Zealand, for all intents and purposes, already a republic? Are all the monarchical appurtenances of our unwritten constitution nothing more than an entertaining illusion, as the veteran broadcaster insists? Full of pomp and ceremony, certainly. But in a nation where the people, as embodied by Parliament, are indisputably sovereign, of no relevance whatsoever to the way in which New Zealanders actually govern themselves.

Harris’ heretical opinions, broadcast last night (Tuesday, 29 March 2016) on Waatea – Fifth Estate, cast the outcome of the flag referendum, and the earlier, almost totally ignored deliberations of the Constitutional Review Panel, in a new and very interesting light. Stripped of its talkback host’s bravado, Harris’s thesis asserts that over the course of the last 176 years New Zealanders have, with a minimum of fuss, fashioned one of the purest and least constrained democratic regimes on Earth.

What’s more, says Harris, we’ve done it surreptitiously. The Prime Minister may proudly proclaim himself a fan of Constitutional Monarchy, but he, like most New Zealanders, would bridle at the slightest suggestion that the legislature he dominates is anything other than absolutely sovereign. The idea that an unelected judiciary might one day possess the power to strike down legislation passed by the House of Representatives would strike him as a dangerous and undemocratic extension of judicial power. New Zealand is, and must continue to be, governed by those in command of a parliamentary majority – and nobody else.

You’ve got to go back a long way in the history of the English-speaking peoples to find a constitutional set-up like New Zealand’s. All the way back to the conclusion of the English Revolution, in fact, and the establishment in 1649 of the “English Commonwealth” – the world’s first parliamentary republic. Having cut off the King’s head with, in Oliver Cromwell’s memorable phrase, “the Crown upon it”, and dissolved the House of Lords, England was now governed by a 14-member Council of State, answerable (at least in theory) to the House of Commons. This latter body, representing the common people of England, was deemed to be the repository of “all just power” in the state. It was a principle destined to endure long after the English Commonwealth succumbed to Cromwell’s dictatorial “Protectorate”.

New Zealand, too, is governed by a council of state – The Cabinet – drawn from and answerable to the elected representatives of the people. Our own equivalent of the House of Lords, the Crown-appointed Legislative Council, was abolished with barely a murmur by the first National Party government, led by Sid Holland, in 1950.

For all practical political purposes, therefore, our unwritten constitution makes Parliament the supreme organ of power in the state. It passes the laws, makes appropriations of money for the administration of the state, and, if moved to do so, can bring down any government at any time simply by withdrawing its support from the Prime Minister and his or her Cabinet. The only other example of a unicameral parliament operating without the restraint of a written constitution is the State of Israel.

But what about the Queen? I hear you say. Legally and constitutionally Elizabeth II is Sovereign in Right of the Realm of New Zealand, and her Vice-Regal Representative is the Governor General. Quite true. But Harris’s point – and I agree with it – is that all this monarchical mummery is just a grand distraction from the realities of political power in New Zealand.

The only way the Queen could hope to influence events in New Zealand would be if she allowed herself to be drawn into a plot to topple a democratically elected government – as happened in the infamous conspiracy to bring down the Australian Prime Minister, Gough Whitlam, and his beleaguered Labor Government, in 1975. The only thing that saved the Queen and her Governor General, Sir John Kerr, on that occasion was the fact that the interim regime installed to replace the “dismissed” government went on to win the obligatory general election. Had Whitlam’s Labor Party been returned to office, Australia would, today, be a republic of 40 years standing.

What the “Dismissal” did demonstrate, however, was that royal and/or vice-regal interference in the democratic political process, unbuttressed by the electorate’s ex post facto validation, can only end in constitutional tears. Her Majesty was extremely fortunate that a majority of the Australian people concluded, notwithstanding the machinations of vice-regal ratbags, that Whitlam’s government wasn’t worth reinstating. The important lesson to take away being that the political decision was theirs – not hers – to make.

It is to be hoped that both Charles and William Windsor have absorbed this lesson, and that in the event of a New Zealand Governor General asking the Palace to support his or her plan to dismiss a government (or, more likely, refuse to appoint a government that the “business community” doesn’t like) the correct constitutional response is to immediately ask the New Zealand politician commanding a majority in the House of Representatives to advise him to dismiss the incumbent Governor General and propose a new one.

Because any other course of action: any attempt to circumvent the will of the New Zealand people; any reassertion of the royal “prerogatives” destroyed by Oliver Cromwell in 1649; will instantly see the monarchy’s gloriously retro decorativeness brought to an abrupt and permanent end. The Queen and the Governor General are like the diminutive Bride and Groom on the top of the Wedding Cake: sentimental favourites – but you wouldn’t expect them to impart serious marital advice.

Some would say it’s a typically Kiwi solution to the fraught business of defining the exact nature of the New Zealand state. A republic presided over by a queen may cause the political scientists to tear out their hair in bewilderment, but, as Mitch Harris might say, “we know what we mean”, and somehow, like a Taranaki gate, it works.

What our royal republic appears to represent, and what it actually stands for, would appear to be, like the flag we just voted to keep, two very different things.