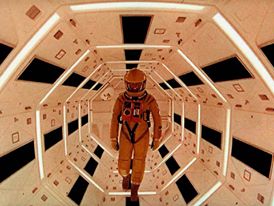 Last week the Labour party had a future of work conference. That got me excited. I started to imagine the political equivalent of Comicon. Politicians all turned up dressed as super heroes. (Look mummy its Fiscal Responsibly Man and the Minster of Wonder Women’s Affairs). Alas, it was disappointing in that respect. No one dressed up. What it did bring however was some politically brave ideas and a voyage into some unknown territory. Labours scrip writer went a little Sci-Fi and presented something seldom seen in politics. Imagination.

Combining politics and imagination is a big ask. Often it is touted as one of the problems of the left. How can we convincingly present a reimagined future? When it comes to picturing the future of work last week I struggled with the idea of iRobots taking over 46 % of the work in the next two decades. Internet shopping was supposed to kill retail and yet where I live retail shops and malls are sprouting like privet. Last week clear land is now suddenly supporting a well-established, if un-welcome, privet tree. Many stores have increased the self-checkout in stores but that shelf stacking iRobot still hasn’t made an appearance and I am still struggling to see how driverless cars will decrease traffic. The unemployed taxi and Uber drivers can open food and coffee carts roadside as the commute looks to be getting longer not shorter. Call centres have been trying to dehumanise for years but they still can’t upsell me or understand my accent. 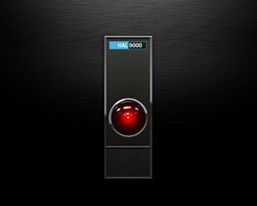 Strangely where I think middle New Zealand really struggled was in envisioning a society where we all get money. The idea of the UBI (Unconditional or Universal Basic Income), a system where every person receives a basic income from the state, to many people sounded insane. The idea is not new, however, it appears it was new to mainstream NZ. The talkback air waves reverberated with people shocked and horrified. “GIVE PEOPLE MONEY? FOR NOTHING? CRAZY!” and that was a talkback host.

When I first heard the idea my initial reaction was probably similar, but I have spent quite a lot of time imagining a world where everyone gets money since then. All week I have been discussing it with friends. I began by imagining a basic weekly budget for one person and then by how it would affect my life.

I require a UBI of $400. This is the basics covered. You don’t have to spend it that way. You might choose to be a nudist with no Wi-Fi. This exercise requires imagination. Work with me.

If I was given $400 a week how would it affect my life? Would I throw in my job and kick back doing nothing? Of course not. People that are working and constructive, or yearn to be, will still be working and constructive. What it will give us is choice. I like my job a great deal. I would not give up my job as I would like to have 2-3 years’ experience on my CV. After that I could give up my job as a union organiser and work fulltime at Auckland Action Against Poverty. But it just dawned on me that we probably wouldn’t be needed to the same degree. Is it possible there could be too many agencies working with poverty for the amount of poverty? I could do some kind of part time volunteer work and I could do my MA. I could relocate. Lots of us could. We could move to the regions. Hooray.

Meanwhile I have a girlfriend who would really like my job. Now that she is getting the UBI and so is her partner maybe she would only want my job half time and spend more time with her baby? My job could easily be job shared. I have another friend who is a single parent. She might want the other half of my job. So two women can have half my job each, spend more times with their babies, while I learn more and nobody is worried about paying their bills. Why isn’t the religious right all over this? (Finally, something Bob Mc Coskrie and I can bond over!)

I would then be a student like my son. Students could stop borrowing money to live on and could eat something more than $5 pizza and 2 minute noodles. (I met a student who lived on spicy 2 minute noodles for so long she ended up in hospital!) They could afford shoes. They could focus on studying and living like students. Maybe they would even politicise again…a woman can dream.

They could reduce their debt and save for homes? (Imagine it without student loans as well. Even better)

The tax system will have to change. I’m paying my tax but Google is not. Call me a radical (no really, some people call me a radical) but you don’t need to be an economist to work out that not getting taxed on capital gains and share sales seems ludicrous. I’m just putting this paragraph in for the “how do we pay for it people.” I have already heard a few people in comfortable financial positions say they don’t need a UBI. Simple opt out! Bet they don’t though.

The future of work is changing. Whether or not the iRobot is the future or not what the UBI might address is how we value work. The job that everyone wants to do may no longer pay the same premium. The work that is undervalued like care giving might now demand some parity. The UBI will give people the option to walk away from petty management and poor conditions. Work places that depend on threatening workers with constant performance management to push them to reach more and more unrealistic targets will fail to attract staff. The banks will be screwed.
Imagine this. A workplace where you are not under constant pressure. Where you are working because you enjoy the work and the environment. You are not bullied. You are not working under constant threat of restructure. You are working to fulfil the basic human need to be a political animal, involved, engaged and socialising with others. A world where all work is valued and the pay is only an added incentive. A world where we are working because we want to. Not because we have to. Imagine how this might affect our collective mental health and wellbeing.

The $211 that Labour have proposed is a joke. That amount is not a UBI. It is a UBB. A Universal Basic Benefit. Instead of achieving and changing society in a meaningful way this paltry amount will merely entrench the precariat class in servitude to insecure work demands. It will do the opposite to what a UBI can do. Instead of buying us freedom, it will serve as a welfare backstop that ensures we continue to compete on the race to the bottom of workers’ rights, as conditions continue to deteriorate.

Imagining the future is no easy task. If you look at Orwell’s 1984 or Kubrick’s 2001: A Space Odyssey neither imagined the world we now inhabit. But what they did achieve was enabling us to consider alternative futures. The Labour Party production has been floundering. There have been times where it appears the party line has been scripted by Ricky Gervais with all the uncomfortable silences, back peddling and cringe humour of an episode of Extras. However, for having the vision to even raise an issue that requires people to actually consider an alternative to the current precarious paradigm, I applaud them.

Labour has embarked on a journey into the unknown. They are approaching it cautiously with a toe in the water rather than a small step. I encourage you to take the next step.