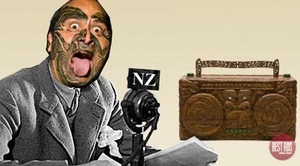 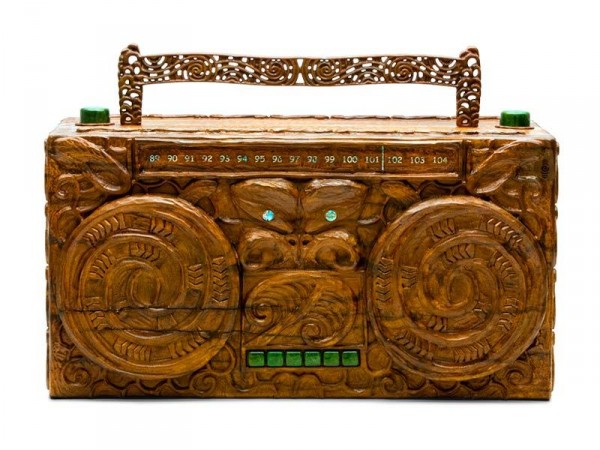 Last year RNZ cut its last Maori dedicated news in prime time Manu Korihi from its airwaves and not a word of criticism was directed their way in the Pakeha media world.  Politicians irresponsibly also said nothing and a station that gets 35 million in taxpayers funding now not only doesn’t  have one Maori presenter in prime time but it doesn’t have any Maori news.

It’s a story I have tried to get on mainstream media particularly in the main National newspapers but none were interested in doing anything, not the Herald, Dominion or any of the Sunday weekend papers.  Of course I knew the reluctance or resistance to support my request was probably based on the fact that all those outlets have virtually No Maori working for them.

So obviously they were not going to back my call for an examination of RNZ’s Maori policy when their situation is equally questionable.  Still my campaign which is in fact a campaign that we initiated on Radio Waatea which I head and is supported by our iwi radio network has been going well. People are asking the question “HOW DOES RNZ GET AWAY WITH IT?”

My view is that they get away with it because no one bothers to challenge them, mainstream media don’t care and politicians do nothing apart from greenlight the racist strategies that they come up with.  RNZ is one of the best examples of institutionalised racism in this country.  There is no other way to describe how this organisation is operating, they have had generations of tax payers’ dollars and they are meant to be the voice for all New Zealanders yet the Maori voice is silent and to many of our peoples stories are untold.

Recently my team at Waatea carried out an audit of RNZ’s Maori stories over a 12 week period.  The results were alarming but even more alarming was the way RNZ tried to defend themselves.  Our evaluators determined that in the 12 week period only 0.1 percent of stories were Maori focussed. RNZ rubbished our audit and said we missed some stories which was true but when they calculated what we had missed it worked out to a mere one percent.  That’s how stupid and sensitive the defenders of RNZ are they try to defend the indefensible.

Paul Thompson the RNZ CEO then decided to release their new Maori policy after reluctantly acknowledging that I might have had a point over their lack of Maori content.  Instead of coming up with a plan that would see more Maori stories on RNZ, his main priority for the next few years will be to train his Pakeha journalists to speak Maori.  It is the most stupid and insulting Maori strategy that I have ever seen.  The strategy is born out of ignorance and the belief that anything is probably better than what they have now which is nothing.

RNZ seem to think simply hiring the odd Maori journalist and getting their Pakeha journalists to pronounce Te Reo properly is all they have to do to live up to their public broadcasting obligations under the treaty but they need to come up with a Proper Maori strategy that will see Maori news and programmes go from 2 percent to at least 15 percent and they need to throw away the silly strategy that CEO Thompson has come out with.  They must go back to having Maori specific news, after all they have Pacific Island news, media news, political news and farming news.  In fact it seems sometimes that even native birds might have a better chance of getting a news show before Maori, given how many bird sounds we hear daily.

Once upon a time they even had Maori language segments on National Radio, but that was cut five years ago, they probably thought their Pakeha announcers who try their best but sadly can’t speak Maori to save themselves were more than capable in the reo to honour their Maori language obligations.  So getting te reo Maori back on air should be mandatory.  And wouldn’t it be great to hear a Maori presenter on one of their frontline shows.  It seems incredible that in the whole 91 year history that we have not had one person deemed good enough to present a daily National Radio show.

Think about all the top Maori radio and TV presenters you’ve heard and seen over the years.  Here’s just a few of them – Henare Te Ua, Derek Fox, Selwyn Muru, Julian Wilcox, Wena Harawira, Scotty and Stacey Morrison, Shane Taurima , Miriama Kamo,  Mihi Forbes  who is now a reporter with RNZ and of course let’s not forget RNZ head of news Carol Hirschfeld has also been a TV presenter and producer.

Yet not one of those people have ever been given an opportunity to front a regular national daily show.  RNZ has a colonialist BBC mind-set which discriminates against Maori presenters. Surely as we debate the merits of removing our colonial relics from the flag it’s time to do the same with RNZ.  All people should be outraged by this shutout of Maori on our National network. I implore politicians to act, Maori are 15 percent of this country’s population and we currently get 2 percent of the action on our National station that purports to be the national voice that is not how the treaty partner should be treated.

If it’s not a breach of Radio New Zealand’s charter then it should be and if we get a zero response which is highly likely then Maori seriously need to consider a Waitangi Tribunal claim against RNZ and the government similar to the Te Reo Maori claim of 1986. I have spoken to Maori Development Minister Te Ururoa Flavell about this issue and he has asked the right questions.  However Te Ururoa needs help and asking questions isn’t going to do it, this lot need to be given clear directions in terms of their Maori strategy or they will continue with the current nonsense.

The Minister of Broadcasting Amy Adams has to act, she must recognise the discrepancies here, talk with the RNZ board and demand that RNZ change their Maori strategy to one that will see Maori properly reflected in their programming, the aim has to be 15 percent.  Anything less will mean that Maori stories and Maori announcers will remain tokenistic and an afterthought.  Go to the RNZ National radio website right now if you don’t believe me and count how many Maori presenters they have.  It is a disgrace but what will be even more shameful will be if our politicians and the RNZ Board do nothing, let’s see what happens.