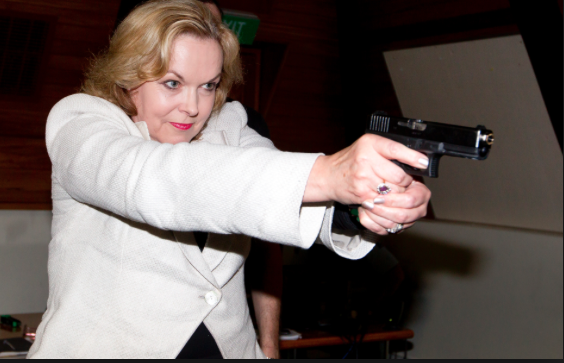 Any changes to New Zealand’s gun laws should not come at the expense of the country’s “inclusive” firearms culture, a gun owners group says.

Council of Licenced Firearm Owners president Paul Clark has urged against any overreaction, as calls continue for an independent inquiry into New Zealand’s gun culture.

The push follows the high-profile Kawerau siege this week where four police were shot, as well as the discovery during a police raid on Thursday of fourteen military assault-grade AK47s and M16s.

Now let’s be clear, I don’t have a problem with Farmers and Hunters having their access to ‘appropriate’ firearms protected. They are tools for Farmers and Hunters, shot guns and rifles need to be registered and regulated as they are. Where I think we need a total crack down and ban is on large magazine military styled weapons and hand guns.

I have zero tolerance for the gun collector clique.

I don’t care if you like guns and have a weird fetish for them. Shotguns and rifles which are tools are one thing, military styled semi automatic machine guns and pistols have no justification whatsoever in this country. Self protection isn’t justifiable to have them.

We need to crack down on gun collectors and simply ban entire styles of weapon. Full stop.

Currently the Headhunters and Hells Angels are running the meth trade., Their contacts with Triads allows them easy access to the precursors for meth. These precursors are moved around the country via affiliated bikie gangs and cooked up in the regions they are sold. Traditional gangs like  Black Power and Mongrel Mob are being squeezed out by the wealth and power the Headhunters are able to exert from the meth trade. This is having an impact on cannabis as gangs can earn the same in a weekends cook up as they do from a 3 month cannabis grow hence the ongoing recent drought in cannabis in NZ.

These gangs are also having the weapons and guns being imported alongside the precursor ingredients for meth so the spike in these weapons is driven by the P trade.

An unusual solution to this would be the  legalisation of pot. By regulating and legalising pot, you would allow the lower gangs not involved in meth trade to step out of the criminal underworld and become legal enterprises. This would take much of the escalation heat out of the gangs as those dealing meth would still be under pressure from Police while those not dealing meth and legally growing pot would not need the guns for protection.

The surge in guns is deeply linked to meth – without acknowledging that, an inquiry would be pretty pointless.