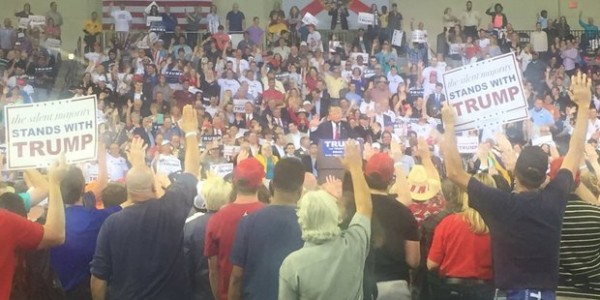 The violence that erupted at a Trump rally in Chicago can be no real surprise. You can’t say the hateful, divisive and politically spiteful things that Trump has and not expect a violent backlash from those groups he has denigrated.

But this isn’t just Trump’s fault.

Fox News and the Republicans in general have fed the lesser angels of America’s psyche. They have played to racism and sexism and homophobia. They have played to division and intolerance, that a demagogue billionaire would actively walk in and harvest all that bitter hate fruit for his own ends is as abhorrent as it is ironic. Republicans sowed these seeds, becoming angry that someone else has taken the bounty is not a high ground.

The violence that is now threatening to swamp the entire election is exactly what you get when allow hate to enter politics.